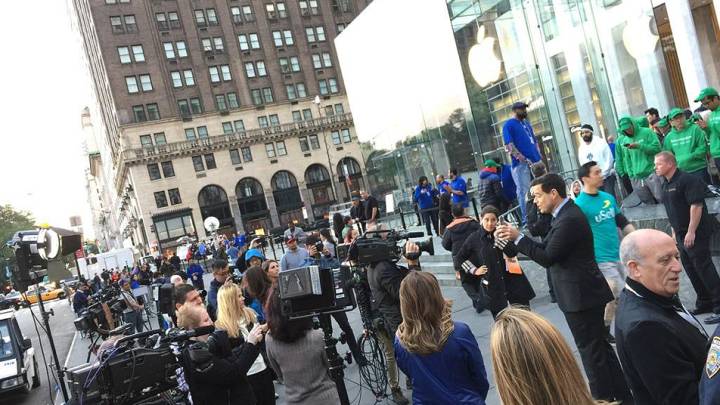 You’re not going to believe this: people are still buying the iPhone 6 and 6 Plus. Alright, maybe that isn’t much of a shock, but it’s pretty incredible to see that iPhone fans are actually still lining up at the Apple Store in New York City to pick up a new phone. Walter Piecyk, an analyst at BTIG, tweeted pictures on Friday of anxious consumers lined up around the block on Fifth Avenue waiting for their chance to buy an iPhone 6.

When you consider the unprecedented demand for the two new iPhone models at launch, it’s easier to understand why some smartphone owners might have had to wait a month before they could dive in to the new generation. Some people had to wait for their two-year contracts to run out; others probably just couldn’t stand staring at the ancient iPhone 5 for a single day longer.

Whatever the reason, it’s clear that the furor for the iPhone 6 has yet to die down in the United States. Apple probably sparked a renewed interest in its products with a second fall event on Thursday as well. We’ll have to wait and see if the iPad Air 2 and iPad mini 3 can draw even a fraction of the same crowd this holiday season.