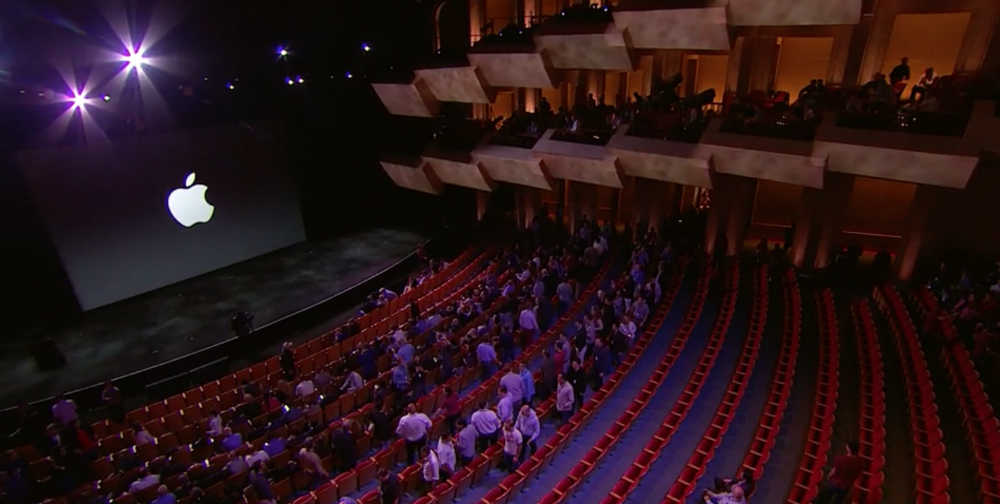 Apple’s massive marketing machine has put out another carefully planned production – well, not including the unexpected issues with the video feed – whose main stars were be the two bigger iPhone 6 models and the company’s first Watch. Like some of the recent Apple keynotes, its September 9 event was streamed online so that fans across the globe could tune in and watch live as Apple introduces new products. Before the event, Quartz has looked at more than a dozen previous Apple events, “logging and analyzing key elements” and providing handy graphics based on the analysis about one of the best Apple products that nobody really talks about.

FROM EARLIER: Apple unveils completely redesigned iPhone 6 and iPhone 6 Plus

As Quartz puts it in the opening of the article, “one of Apple’s most successful products—which rarely gets recognized as such—is made not of aluminum and glass, but of words and pictures.” And the iPhone 6 event was again one such successful marketing product in which the company talked only about the things it was prepared to reveal, focusing on major product launches, and forgetting to mention some of their specs (such as the Watch’s battery life) or address any iCloud concerns following last week’s major scandal.

Talking about past keynotes, the publication reveals the average Apple keynote lasts for about 88 minutes, and that the main product is introduced approximately 45 minutes into the show. However, because Apple had quite a few things to announce this year, the iPhone 6 was launched a lot earlier than that, after only 10 minutes into the show – comparatively, the iPhone 5c and iPhone 5s were introduced after 22 minutes and 33 minutes, respectively.

Quartz has also looked at time on stage, reminding readers that Tim Cook is no Steve Jobs when it comes to introducing products. Apple’s current CEO spent less than 20 minutes on stage per event, compared to Jobs more than 90 minutes average. But Apple’s iPhone 6 event showed to the world a different Tim Cook, as the CEO was even more present on stage and more enthusiastic, and emotional, when unveiling certain products, including Apple Pay, but mostly, the new Apple Watch. And for the first time ever since Jobs passing, Cook brought back the famous “one more thing” announcement, to introduce the Watch.

The publication also looked at the other execs present during a regular Apple keynote. Cook shares the stage with many other top Apple employee that handle hardware and software details, with Apple’s Craig Federighi being the most popular with the crowds gathered at recent Apple keynotes. The exec gets about 32 laughter outbursts per hour of keynote stage time, almost double of Cook’s numbers, but he was not part of Apple’s iPhone 6 event. Instead, Phil Schiller, Eddy Cue, Jony Ive (appearing only in pre-recorded footage) and Kevin Lynch took the stage to talk about Apple’s various new products.

Speaking of laughs, Quartz says that at WWDC 2014, over 5,000 attendants burst into laughter more than 50 times during the keynote’s 117 minutes and stopped to applaud almost 100 times. Meanwhile, 20 million people were watching the show from home. The iPhone 6 event had many laughs of its own and the full event can be watched again on Apple’s site (see source links) without the annoying interruptions and Mandarin translations, and should be available on YouTube soon enough.

A few graphics showing the publication’s findings about Apple’s keynotes follow below, with more available at the source link.