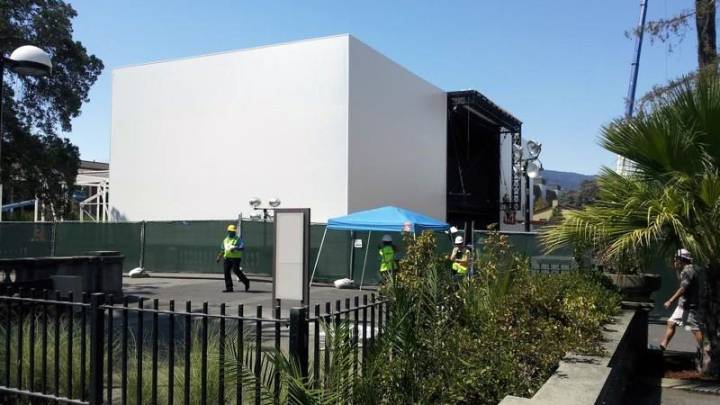 After 30 years, Apple has decided to return to the Flint Center for the Performing Arts on the De Anza College campus to host what could be the company’s most important event since it unveiled the first iPad four years ago. But with a completely redesigned iPhone 6, a brand new iPhone 6 phablet, a wearable device referred to as the “iWatch,” a new mobile payments platform and more set to be unveiled on Tuesday, the facility at the Flint Center apparently wasn’t the right fit for Apple’s press conference. So what did the company do? Apple built its own facility to house the event, of course.

FROM EARLIER: Everything you can expect from today’s big iPhone 6/iWatch event

Apple has been constructing a massive separate space across from the Flint Center for some time now, and there are plenty of great photos of the structure floating around on social media sites. Since not everyone can be there to check out the event space today for themselves, we’ve combed through Twitter and picked some great photos for you to check out while you’re waiting for today’s huge show to begin at 1:00 p.m. EDT, 10:00 a.m. PDT.