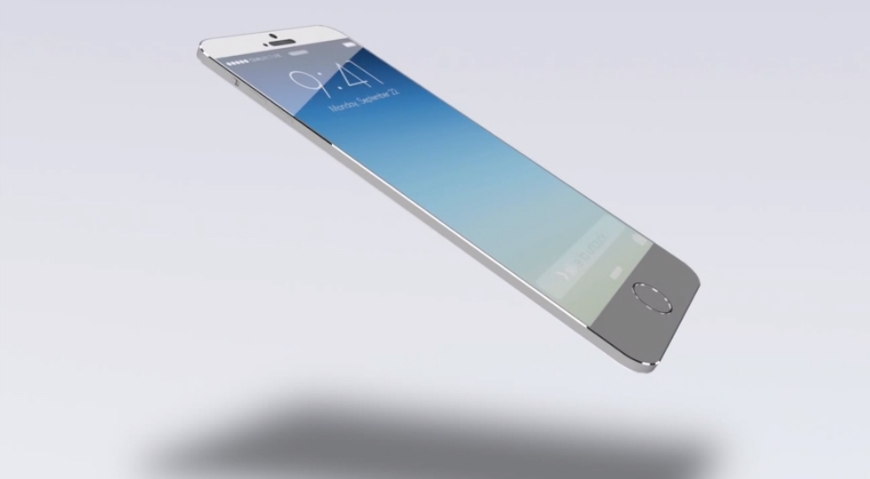 In anticipation of Apple’s upcoming iPhone 6 smartphone models, more and more designers are imagining what the company may be working on next — although these concept devices are in no way related to Apple’s actual plans for the upcoming iOS handsets… and in most cases, they’re also impossible to build with today’s technology limitations.

OvalPicure designer Joseph Farahi rendered a 5.1-inch iPhone 6 handset that features a “Retina 2” display with yellow-red-green-blue pixels and solar charging powers. The device is also significantly thinner and lighter than its predecessor, having a 6.1mm profile and weighing just 100g. In order for the device to be as thin as possible, a smaller headphone jack would be needed.

Other features imagined for this iPhone 6 concept include a 10-megapixel camera with 4K and 500 fps video recording modes, a Lightning 2 connector that’s 10 times faster at data transfers and battery charging, and bigger stereo speakers / microphones.

While this concept lists specs and features that are too good to be true, it may be tied to recent reports. Some recent rumors have claimed that Apple’s next iPhone models will have a screen size between 4.5-inch and 5.5-inch, offer a slimmer profile and pack a 10-megapixel main shooter instead of the 8-megapixel camera. Some reports indicated that the next iPhone’s screen will be made of Sapphire glass, and could offer solar charging support. However, at this time, Apple is yet to confirm any details regarding its upcoming smartphone models.

The iPhone 6 concept video follows below.