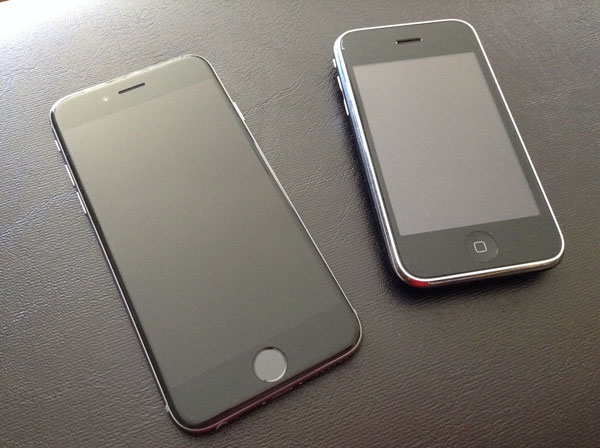 There’s no way around it, if you have tried to microwave your new iPhone 6 or iPhone 6 Plus, or any other iOS 8 device in hope to charge its battery, the word “smart” should not be used around your household to describe anything, even a phone. But “smart” might still describe the pranksters who set up an Apple-like page that details Wave, “an iOS 8 exclusive” feature that supposedly turns microwaves into energy.

FROM EARLIER: The iPhone 6 is looking very tempting for many Android users

“Wave is our latest and greatest addition to iOS 8,” the fake commercial reads, as detailed by The Independent. “Wave allows your device to be charged wirelessly through microwave frequencies. Wave can be used to quickly charge your device’s battery using any standard household microwave.”

The description further tells users to “charge” the phone for a minute and a half, explaining that iOS 8 “contains new drivers that interface with your device’s radio-baseband allowing it to synchronize with microwave frequencies and use them to recharge your battery.”

The page further instructs users to recharge the phones at 60 seconds at 700W or 70 seconds at 800W – although the pranksters might have to reconsider their logic there – warning them not to “Wave-charge for over 300 seconds.”

An image showing a supposedly microwaved, and destroyed, older iPhone model has been posted on Twitter last week (see below), going viral since then. It’s likely the image is fake, though it looks the part. “I tried using the new IOS 8 feature WAVE where you can charge your phone with a microwave, does not work,” user @Fallenbot tweeted.

A screenshot showing the Wave feature description also follows below.