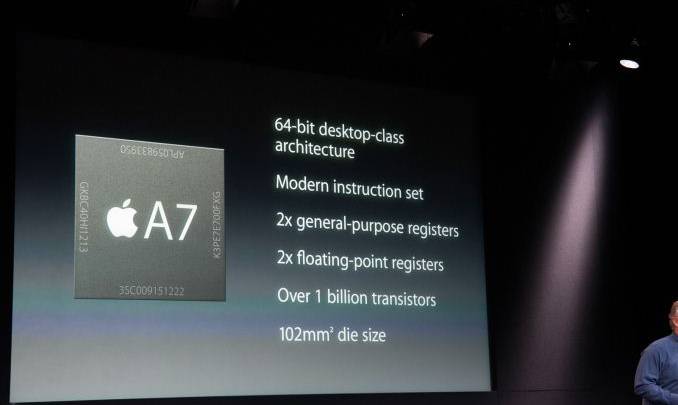 Apple’s iPhones have consistently been able to outperform rivals from the competition without necessarily matching their hardware. The primary “culprit” is Apple’s custom AX chip design that’s miles ahead of the competition. However, the same chips got Apple in legal troubles, as the company has apparently been using energy-efficiency technology in A7 and A8 processor that was patented way back in 1998 by the University of Wisconsin Alumni Research Foundation.

WARF sued Apple in early 2014, with a jury finding that Apple has infringed the technology described in the patent. The iPhone maker now faces damages of up to $862.4 millions, though they’re yet to be determined.

The A7 chip first used in the iPhone 5s and in 2013 iPads represents a significant milestone in mobile chip development. Apple brought to the world a 64-bit mobile chip well ahead of its time, with rivals scrambling to match design and performance. Labeled as a marketing gimmick at first, it quickly became apparent the A7 chip was the best smartphone and tablet chip at the time.

But the chip utilizes technology that lets it improve power efficiency and performance that was first described in WARF’s 1998 patent. According to Apple Insider, the patent in question is U.S. Patent No. 5,781,752: “Table based data speculation circuit for parallel processing computer.”

WARF added the A8 and A8X chips to the lawsuit, which are the processor used in iOS devices launched last year. It’s not clear whether the A9 and A9X chips that power the iPhone 6s and iPad Pro will also be included in the lawsuit at any point in the future.

As Reuters reports, WARF used the same patent in 2008 when it beat Intel in a similar case though the patent brawl was settled out of court for an undisclosed amount of cash.

Meanwhile, U.S. District Judge William Conley scheduled the trial to proceed in three phases, including liability, damages and determining whether Apple willfully infringed the patent – in which case the penalty could increase.