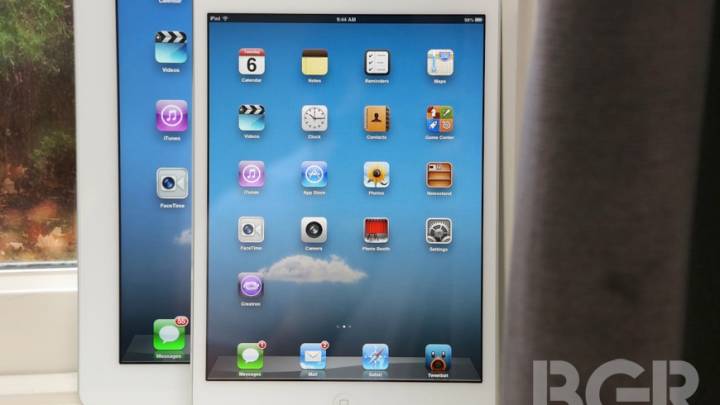 That chomping sound you hear is the iPad mini eating into the sales of its older sibling. Unnamed sources have told Digitimes that Apple shipped 12.5 million iPad minis last quarter that accounted for roughly 64% of all iPads shipped. The reported iPad mini shipment numbers would give Apple’s 8-inch tablet a significant edge over the rival Google Nexus 7 tablet, which Digitimes‘ sources say has totalled around 4.5 million units shipped since its launch last summer. Earlier rumors have indicated that Apple might be working on two newer versions of the iPad mini for fall release: A more expensive version with a full Retina display and a cheaper version that could be priced competitively with the Nexus 7 and the Amazon Kindle Fire HD.