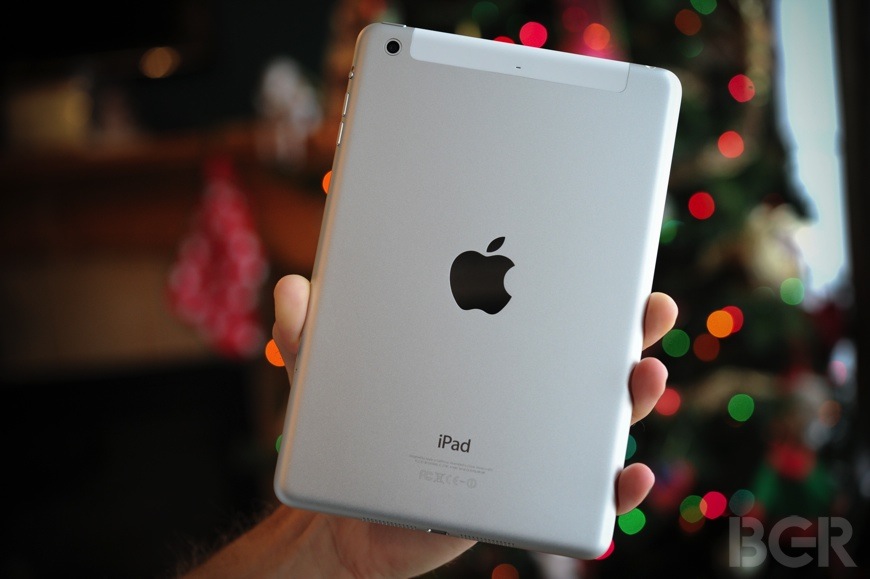 Apple has reportedly agreed to lower the price of its Wi-Fi-only 16GB iPad mini that’s usually priced at $299 in order to counter slower iPad sales this quarter. Digitimes says that the iPad maker has recently “cooperated” with U.S. retailers including Best Buy and Amazon to cut the iPad mini’s price.

Best Buy currently sells the tablet for $199.99, while a new iPad mini can be purchased for as low as $230 on Amazon right now. Even so, the iPad mini’s price is still listed at $299 on the company’s website, and there appears to be no proof the tablet will receive a matching price cut in Apple’s official store. The company has yet to slash the official price of an iPad before a next-gen model arrives.

Apple has sold 16.4 million and 13.28 million tablets in the first two quarters of the year, with some people suggesting Apple may sell just around 10 million combined iPad units this quarter. Thus, a price drop for the company’s cheapest tablet is supposed to compensate for the expected drop in sales, sources from Taiwan claimed.

The company is expected to unveil new iPad Air and Retina iPad mini models this year, although it’s unlikely these devices will hit stores by the end of the September quarter.

A few days ago, Tim Cook commented on Apple’s iPad sales, saying that the current drop in sales is just a “speed bump” and suggested sales will pick up in the future.

“We couldn’t be happier with how we’ve done with the first four years of the iPad. I’d call what’s going on recently a speed bump, and I’ve seen that in every category,” Apple’s CEO told Re/code in an interview.