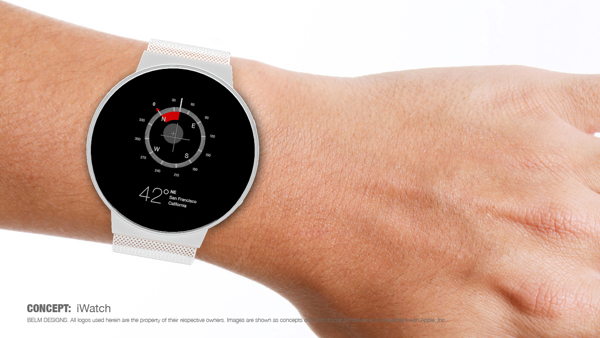 Concept images based on the recent reports detailing the companion iPhone app Apple will use for its iWatch smartwatch have emerged on Behance, with 9to5Mac’s sources describing the renders as “vaguely” accurate. The publication first detailed an iOS 8 Healthbook app that would be the center of all the iWatch-related features.

Since then, a report from MobiHealthNews has confirmed the existence of the app, although it said the app may have a different name once it become official. 9to5Mac says that Healthbook is the codename of the app, agreeing that “there’s no reason for the name not to change between now and the unveiling.”

However, 9to5Mac refutes some of the details provided by MobiHealthNews, which claimed in its report that the iWatch will not have all the features current reports said it will have, specifically referring to glucose and hydration sensors. 9to5Mac says that Healthbook is planned to include glucose and hydration measurement readings, but would not offer women health-related features, at least at first.

The concept Healthbook app proposes a user interface similar to the Passbook app. The app includes several sections that offer information on Fitness, Diet, Medications, but also includes a Notes section and a Health Status section that lists blood pressure, hydration level and heart rate. Sleep tracking is also one of the tipped features of Healthbook, which is seen in the concept renders.