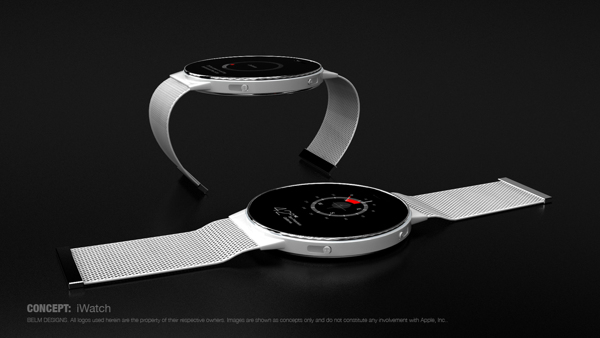 It turns out it takes more than 200 Apple employees to make a simpler than anticipated iWatch smartwatch, a MobiHealthNews report reveals, although that doesn’t mean the device will not offer some very interesting features. The publication has gone through the recent iWatch rumors, and after talking with sources that have “limited but direct knowledge” of the iWatch, found out that the Apple smartwatch effort is quite serious for the company, with over 200 engineers working on the project, including the recent hires Apple made specifically for the product.

The publication says the iWatch will not be a standalone device and that it won’t be able to work on its own, as current power constraints would not allow it to work in such a manner. Instead, the device will be a companion wearable gadget meant to work together with an iPhone.

Furthermore, the features presented in current rumors may have been exaggerated, at least for the first-gen device. Sensors to measure glucose levels or hydration will not be included in the iWatch. Apple will focus on fitness-related features, including tracking workouts, and accurate calories consumption instead of using a point system like other devices.

The previously rumored Healthbook iOS 8 app has been confirmed, although that may not be its actual name. However, an app like the Healthbook app that was recently described does exist and will help users keep track of their health and fitness information, but also help “boost the ecosystem of health app developers and health wearable makers.” In the future, the app may “evolve into a repository for health and fitness information,” and even “provide feedback and analysis of that data,” if allowable by regulators.

The Healthbook app may track various things including exercise, diet, sleep, stress, medication adherence and even women’s health (including pregnancy tracking features), and support for third-party FDA-approved medical devices integration. However, Apple will not require FDA approval to sell the smartwatch – the company met with the regulator simply to “review the FDA’s recently published final guidance document on mobile medical apps.”

Unsurprisingly, Apple wants to impress buyers with the potential features of the iWatch experience, not with the hardware, according to a source. The publication has not revealed actual specs for the iWatch or launch dates.