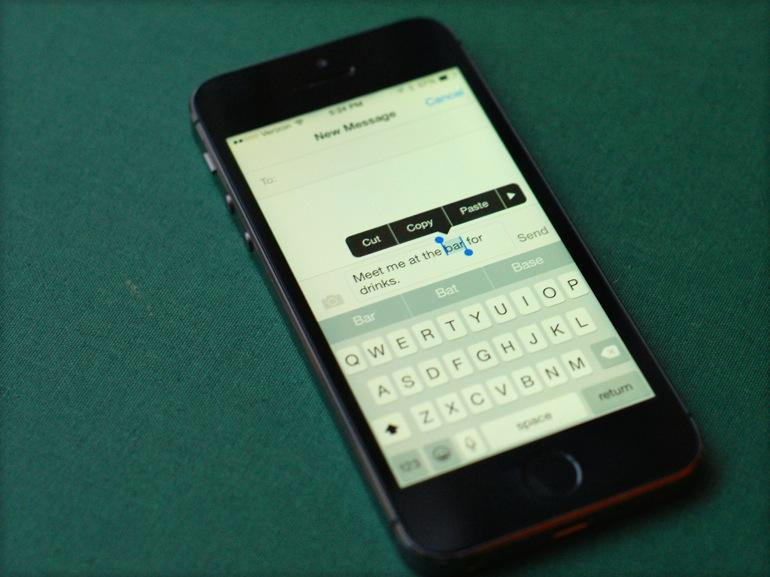 Apple’s big iOS 8 update features hundreds of new tidbits that users will be learning for months to come, and we have tried to regularly share tips and tricks that draw attention to the best iOS 8 has to offer. Of course, as new things pop up we’ll continue to share them with you in an effort to help you get the most out of your iPhones, iPads and iPod touch handhelds running iOS 8.

The latest little trick to come to our attention is one that most people definitely won’t know about, but it could help you save tons of time and aggravation while typing on an iPhone or iPad.

FROM EARLIER: The most comprehensive collection you’ll find of iOS 8 tips and tricks

People appear to be torn when it comes to Apple’s new QuickType keyboard. While there are still plenty of shortcomings, of course, it’s hard to argue that QuickType isn’t a huge improvement over the keyboards in iOS 7 and earlier versions of iOS.

And of course, if you don’t like QuickType, you now have the option of installing one of many third-party keyboards, like these seven gems. But before you rush to ditch QuickType, check out this nifty trick brought to our attention by CNET.

Often times when you’re typing quickly, you forget to capitalize a word. Then, when you’re done with the sentence or paragraph you’re working on, you have to tap and hold to bring up the magnifier, and then hunt around to place the cursor after the first letter of the correct word before you can delete it and replace it with a capital letter.

But with QuickType and Apple’s new word prediction feature, the process is infinitely easier. Simply double-tap the target word to highlight it, and you’ll see the same word with the first letter capitalized among the suggested words directly above the keyboard. Now just tap it and you’re done.

SEE ALSO: The single most important trick every iPhone 6 and 6 Plus user needs to know