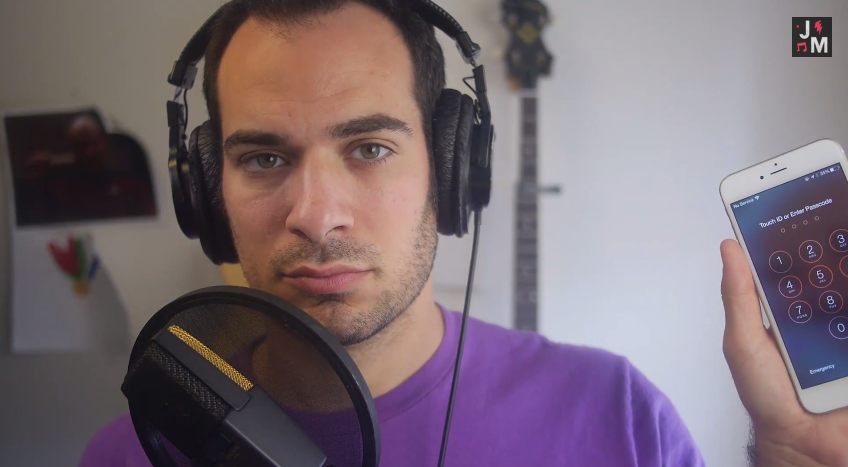 For the last month, Apple has been on top of the world. The Cupertino-based company recently sold 10 million smartphones in a single weekend, unveiled a new product that has the potential to dominate the wearable market, and already has fans excited about an October event that hasn’t even been announced. But the reason that Apple is dominating the headlines this afternoon isn’t because of its success; instead Apple is trending online because of a ridiculously botched update to iOS 8.

FROM EARLIER: How to fix your iPhone 6 or 6 Plus after the iOS 8.0.1 update destroys it

In case you haven’t been keeping up, the iOS 8.0.1 update caused many iPhone 6 and iPhone 6 Plus owners to lose cell service and the ability to use Touch ID. It took around an hour, but Apple finally pulled the update once the Internet firestorm reached its peak.

As soon as he was alerted of the catastrophe, prolific singer-songwriter Jonathan Mann leapt into action, grabbed his banjo, turned on his webcam and recorded a song “To The Team Behind iOS 8.0.1”:

And that’s just the chorus. Watch the full video of Mann’s incredibly timely song below — the 2,092nd song he’s released in as many days.