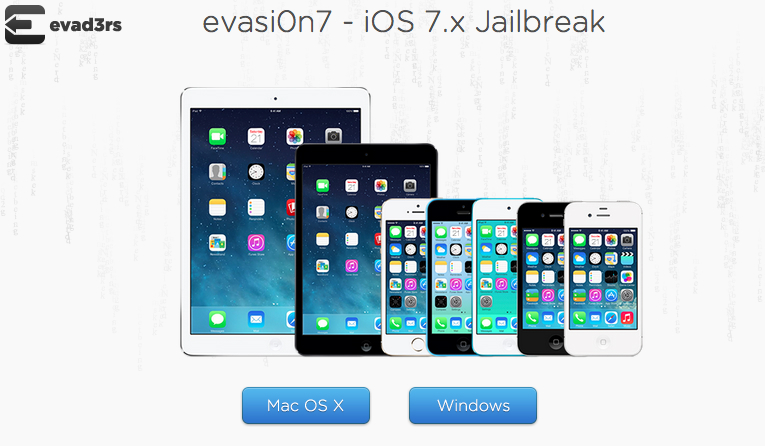 The Evasi0n7 iOS 7 unethered jailbreak that was released on Sunday did not come without a pinch of drama, MacRumors reports, as the evad3rs team of hackers that developed it is said to have been paid $1 million dollars by a Chinese company to preload a Chinese unofficial app store on the jailbroken devices in case that is automatically installed when the jailbreak is performed on a computer that has Chinese set as the main language. Thus, the unofficial “Taig” store is installed on jailbroken iPhones, iPads and iPod touches instead of the regular Cydia store users would expect.

After Evasi0n7 was released, Cydia administrator Jay Freeman noted on Twitter that he was not aware the iOS 7 untethered jailbreak was going to be launched, and therefore that Cydia may not work as expected on jailbroken devices. In following tweets, he also confirmed the jailbreak installs Taig for Chinese users, and that the store contains pirated apps.

Because of these “secret” features, the Evasi0n7 jailbreak has been questioned on Y Combinator as well. “So if you want to run a heavily obfuscated application that exploits your phone, disables application signing and installs UID 0 processes running on your phone… sponsored by China, go ahead,” user grugq wrote.”The jailbreak app is heavily protected so that competing Chinese companies can’t replace the [Taig] app store with their own. But who knows what else is in there?” iOS jailbreak hacker i0n1c has also criticized the team. “This chinese “sponsored” store explains everything: explains why suddenly they do not take donations anymore and become freedom fighters,” he wrote on Twitter.

The evad3rs team has quickly responded posting a lengthy message on its website in which it confirmed the deal with the Taig app store, although it did not reveal how much the company paid for having its unofficial app store installed even though it did say that it has “benefited financially” from its jailbreak work. Additionally, the team said that the contract it has with the Chinese company clearly says that pirated apps should not be included in the Taig store, and that pirated apps have been removed from it.

Evad3rs hackers also said that they have contacted Freeman advising him a deal with Taig was in the making before Evasi0n7 was released. A counter-offer from Freeman was refused in following negotiations, and the iOS 7 untethered jailbreak has been released after the team “received information that SaurikIT was working with another group to release a jailbreak ahead of us.”

Furthermore, the hackers said the jailbreak is absolutely secure, and that code is obfuscated to prevent others from messing with it. “The obfuscation is of course not intended to deflect serious analysis by security professionals (who have quickly already fully analyzed and discussed the contents of the jailbreak,) it is simply intended to prevent easy repackaging by other parties.

Evasi0n7 works on any iOS device that has an iOS 7 version installed, including Apple’s 2013 line of iPads and iPhones, but it’s advisable that users avoid it while waters clear and issues are fixed. The jailbreak will also void the warranty of the device it’s performed on, which is another reason to stay away from it.