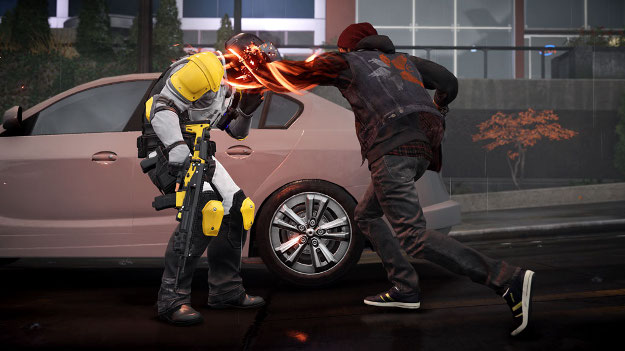 March is the month of killer apps. Titanfall launched to rave reviews earlier this week, giving Xbox One owners a reason to speak to their consoles once again, and now Sony’s biggest exclusive of 2014 is right around the corner. If you’re curious about Infamous: Second Son, you can finally see what we played through last week during our hands-on time with the game, complete with all that gorgeous dynamic lighting and Neon-fueled city traversal. Taking the evil path, as the player did in this video, gives Delsin access to a separate set of missions with a sinister bent, using lethal force rather than handling protesters and the DUP through nonviolent means. Check out eight full minutes of gameplay from the PS4 exclusive below.