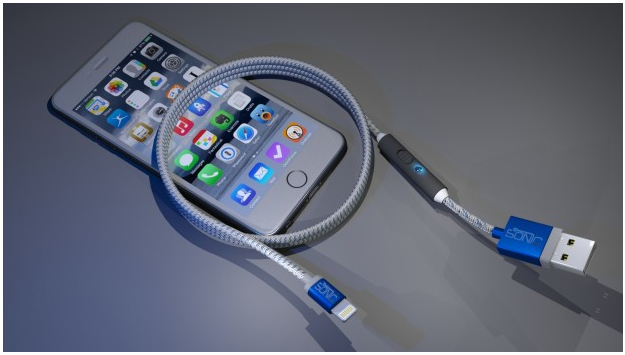 One of the battles smartphone users have to constantly fight is running out of battery life when they least expect it. There are many ways to deal with poor battery life when it comes to software settings and tricks, and plenty of highly portable external battery packs to choose from for extra battery charges. But one company has decided to take a different approach to fixing your battery problems on the iPhone 6, or any Android handset for that matter.

FROM EARLIER: This tiny magnetic keyboard might be the coolest iPhone accessory we’ve ever seen

Called SONICable, and already funded with 40 days left in the campaign, this new Indiegogo accessory is a charging cable that promises to charge your iPhone 6 or Android handset faster than before.

According to the company, the cable is the “world’s most advanced charging cable,” and charges any device in just half the time of a regular USB cable.

The accessory comes with either a Lightning or microUSB connector and features a special switch that, when pressed, ignores sync capabilities in favor of charging the device at maximum power.

Other features include a dual-sided USB port, and more durable aluminum connectors and nylon protective material.

A video explaining the accessory follows below.