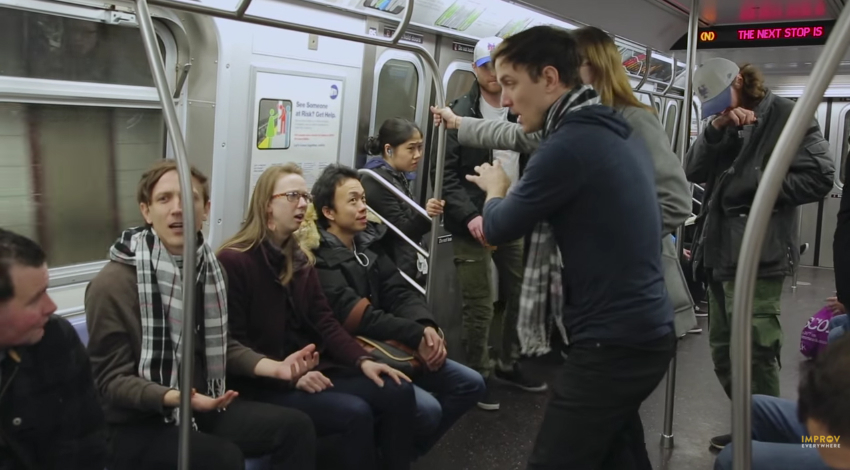 Ever wished you could go back in time to tell your younger self not to something particularly embarrassing? Or what if you witnessed someone’s older self return from the future to prevent a fatal incident? That’s what four sets of twins tried to pull off recently as part of a prank conducted by a comedy improv troupe down in New York City’s subway system.

The prank comes from Improv Everywhere, an improv group that does all sorts of similar public improvisations, including one prank where they all rid on the subway without wearing any pants.

“For our latest mission, we staged an elaborate time travel prank on a New York City subway car with four sets of identical twins,” Improv Everywhere explains. “A man enters a subway car and announces he is raising money to complete his time machine. At the next stop, his future self enters to try to talk him out of it. More and more time travelers convene on the subway car as the train rolls along, surprising the random commuters caught up in the middle.”

What happens next? You’ll have to check out the video below to see how the twins performed in this complex time travel prank.