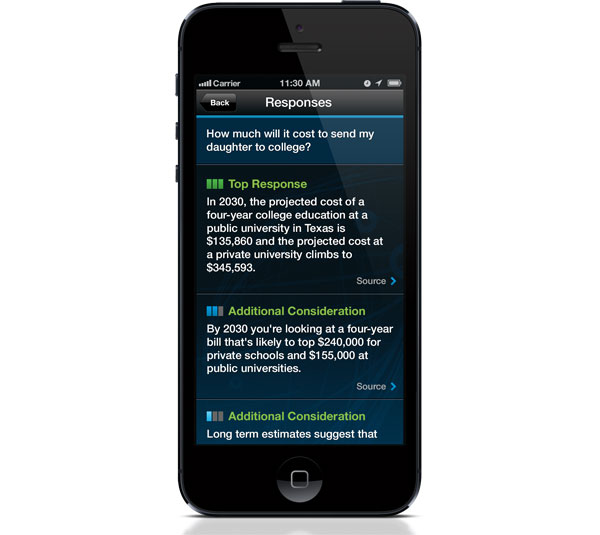 IBM spoke of shrinking its intelligent supercomputer Watson down to smartphone size last summer, and now it appears that the company is getting close to achieving that goal. Watson, which gained notoriety by famously trouncing two champions on Jeopardy, will not initially come to smartphones as a stand-alone app like Siri or Google Now, though it could eventually give both services a run for their money. Instead, IBM will partner with a number of companies including ANZ Bank, Nielsen, Celcom, IHS, and Royal Bank of Canada, Forbes reports to have Watson power customer service systems for these companies. Watson will initially be accessible though Web chats, email, smartphone apps and SMS, and voice recognition functionality is expected to come in future versions of the offering. Apps that include this new “Ask Watson” feature are expected to begin rolling out in the next few months.