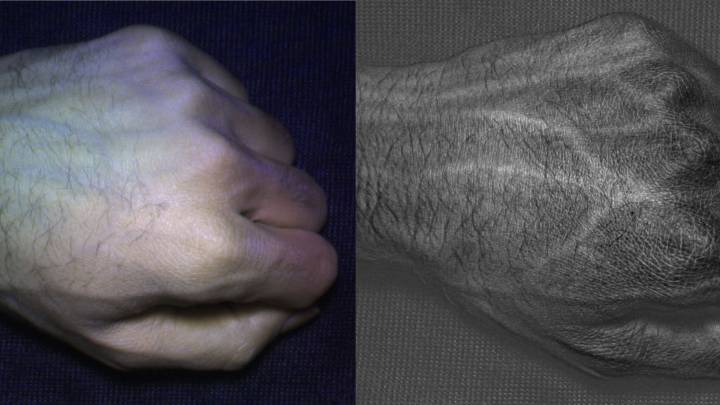 HyperCam isn’t the first hyperspectral camera the world has ever seen, but it could mark the first one that will become widely available at a surprisingly affordable price point. But let’s first take a step back for a moment; what on Earth is a hyperspectral camera? When a standard camera snaps a photograph, it captures the same light spectrum that is visible to the naked eye. As a result, the image captured looks just as it would if the viewer were looking at the subject in person, give or take. The visible spectrum is only a small portion of the electromagnetic spectrum, however, and hyperspectral cameras are able to capture near-infrared light that gives us a peek at things the human eye is incapable of seeing.

Now, a team of researchers may have found a way to take this exciting but remarkably expensive camera technology and make it available to the masses for the first time ever.

Microsoft Research teamed up with researchers at the University of Washington to create working prototypes of a device that could be a game-changer. Not a “game-changer” in the startup marketing buzzword sense, but a device that will actually change people’s lives.

The crazy contraption you see above is a working prototype of the HyperCam, an $800 device that may someday soon be condensed into a small and affordable $50 smartphone attachment with remarkable capabilities.

In a nutshell, this hyperspectral camera rig is capable of capturing several different images simultaneously across different areas of the electromagnetic spectrum. This includes near-infrared light, which the human eye is not capable of seeing. Then, software stitches all of the images together into a single photo in the same way an HDR photo combines images captured at different exposures.

In the case of the HyperCam, the resulting photos are astounding.

As seen in the image at the top of this post, the HyperCam combines all of these different images into one incredibly detailed photo that shows us things we wouldn’t otherwise be able to see. Beyond surface detail that is invisible to the naked eye, the camera is also capable of capturing spectrum that can often reveal detail just beneath the surface. For example, the team was able to determine with a 94% success rate whether or not an avocado was ripe enough to eat simply by taking a picture of it.

The use cases for a device like this obviously extend well beyond avocados. For example, hyperspectral cameras like this can be used for non-invasive subcutaneous exams or to find mineral deposits beneath the earth. And without the cost of a rig like this being prohibitive, the possibilities are endless.

A video of the HyperCam in action is embedded below, and more details can be found in the paper linked down in the source section.