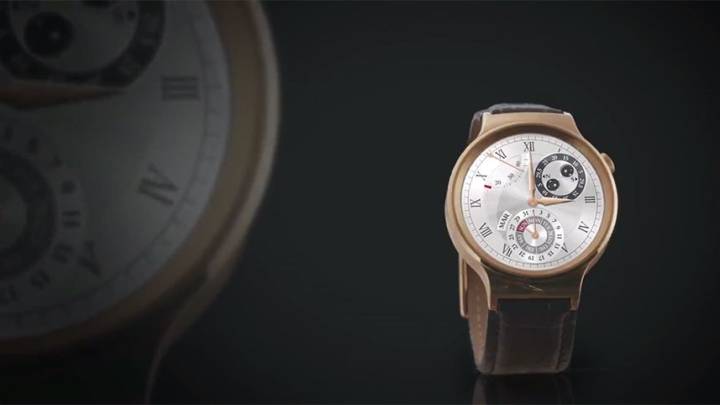 What do you get when you try to combine Moto 360’s appealing regular-watch design the Apple Watch’s good looks and sophistication? If you answered LG Watch Urbane, that might indeed have been a good reply at least until a brand new Android Wear smartwatch was spotted in leaks right ahead of its debut at this year’s Mobile World Congress edition.

Seen initially in marketing materials at the airport in Barcelona, Spain, and then in official introduction videos that were published ahead of their time, the Huawei Watch might just take the best-looking Android Wear wearable crown now that it’s official.

To be fair, even though the Moto 360’s design was praised more than once, Android Wear devices haven’t really taken off. Similarly, despite the hype going around the Apple Watch, which is supposed to arrive soon, Apple is yet to prove itself in the wearables market.

But that doesn’t mean the Huawei Watch isn’t a device to look forward to seeing in stores. From the looks of it, Huawei has put a lot of thought into its own Watch, and might offer users an exquisite wearable experience, at least when it comes to design and feel — after all, it’s up to Google to make Android Wear even more interesting.

The Huawei Watch packs a 1.4-inch circular AMOLED display with 400 x 400 resolution protected by sapphire glass, 1.2GHz Qualcomm processor, 512MB of RAM, 4GB of storage, Bluetooth 4.1 and a 316L stainless steel body. The Watch also packs a variety of sensors, including a heart-rate monitor and barometer.

Actual pricing and launch dates aren’t available just yet, but the company says the device will be available in more than 20 countries this year.

We’ll hunt down the gadget for you in the following days at MWC 2015. Meanwhile, the full press release and more images follow below.

“We have responded to consumers’ requests from around the world asking for a smartwatch featuring a timeless design that is truly smart from within. Through Huawei’s continued commitment to ‘Make It Possible,’ the Huawei Watch delivers on that promise and gives the consumer a premium smartwatch that is technologically innovative,” said Richard Yu, CEO, Huawei Consumer Business Group. “As the first smartwatch in our expanding line of premium wearable products, the Huawei Watch was designed and created to enhance and be part of the consumer’s everyday lives.”

Designed by a team of experienced watch designers that have a rich history in creating fashionable and timeless watches, the attention-to-detail becomes apparent upon first glance as the device boasts a sparkling AMOLED 1.4-inch display at 400 x 400 pixels resolution in 286 ppi at a 10,000:1 high contrast ratio, making it the most vibrant Android Wear smartwatch in the world.

Made of more than 130 components, Huawei Watch has a crown, frame and hinge built from high-quality and scratch resistant cold-forged stainless steel making it 40 percent harder. With an intuitive 2 o’clock press button, the watch offers the highest levels of control and comfort to the user. The Huawei Watch comes in three stylish colors: gold, silver and black. Designed with personalization in mind, more than 40 unique watch faces will be available to choose from, including a full range of watch straps made from different materials, and styles. The Huawei Watch will come with a magnetic charging station for the users benefit.