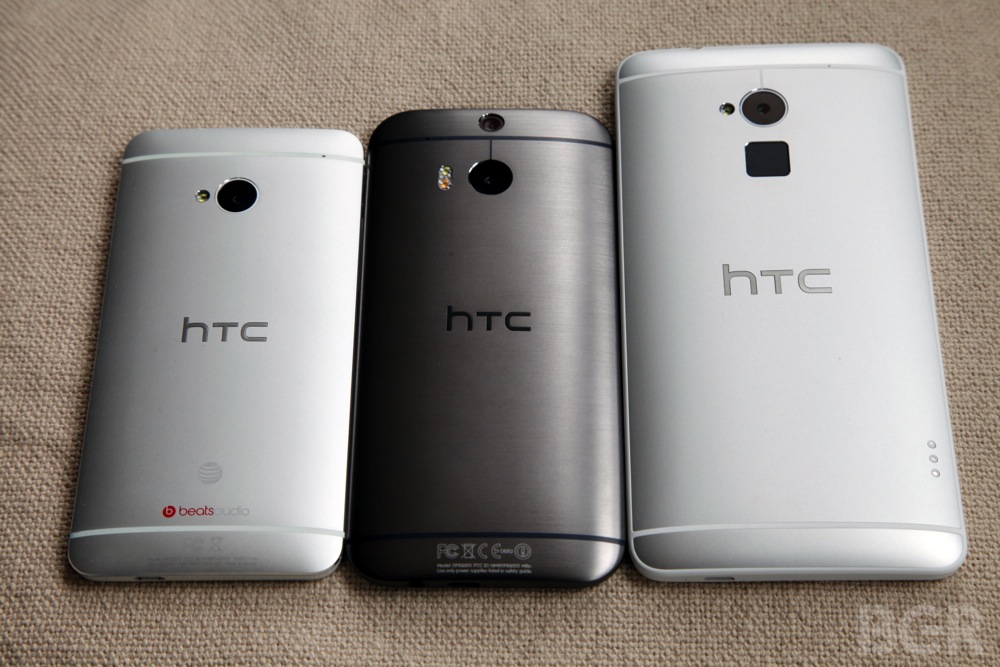 As we made clear in our HTC One (M8) review on Tuesday, HTC’s new flagship smartphone is the best Android phone that has ever been made. Those looking for a more manageable smartphone might find the device to be a bit large though. Similarly, phablet fans looking for a more massive handset like the HTC One max were left out in the cold as well. But just as nearly anyone who follows the industry might have guessed, it looks like HTC is following last year’s model and prepping both a smaller and a larger version of the new One (M8) for release later this year.

The insider seems to have confirmed that HTC is indeed working on a One (M8) mini. The handset is expected to be similar to last year’s HTC One mini in terms of its positioning in the market as a lower-end device available at a cheaper price point. Separate rumors suggest that the HTC One (M8) mini’s specs include a 1.4GHz quad-core Snapdragon 400 processor, a 4.5-inch 720p display, 1GB of RAM, a 13-megapixel rear camera and Android 4.4.2 KitKat with Sense 6.

As for the “M8 Ace,” @evleaks has no idea what it is but many have speculated that it could refer to the HTC One max phablet’s successor.