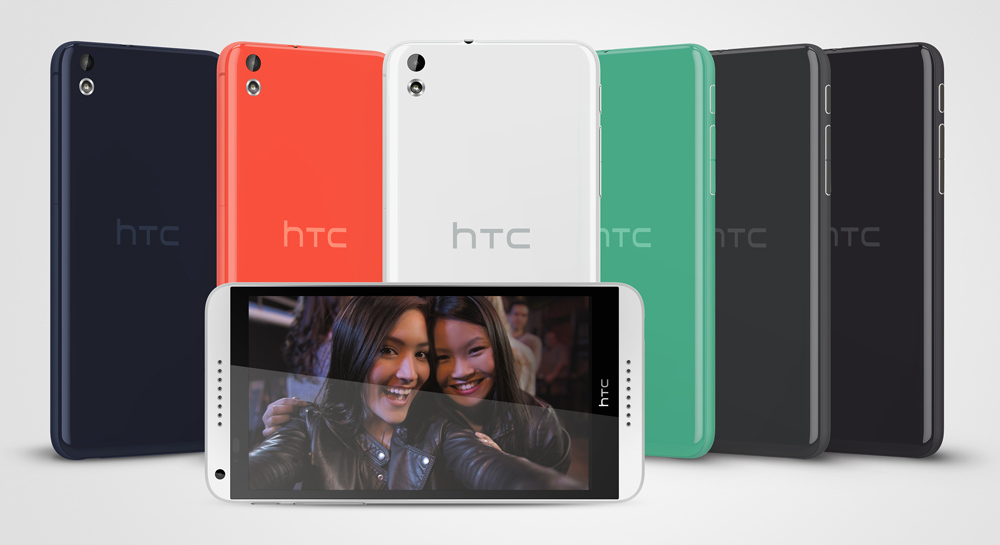 Samsung is the talk of the town in Barcelona this week as the annual Mobile World Congress trade show gets underway. Even Nokia’s new Android phones will soon be forgotten by smartphone enthusiasts as Samsung prepares to unveil its 2014 flagship phone, the Galaxy S5, later on Monday. Ahead of the big event, however, another Android vendor is looking to get a little face time with the press. Though the all new HTC One is the smartphone we’re most looking forward to from HTC this year, the company just let loose a pair of mid-range Desire smartphones during an event at MWC 2014.

HTC on Monday unveiled a pair of mid-range Android smartphones, the Desire 816 and the Desire 610.

The Desire 816, pictured above, is being billed as HTC’s “flagship mid-range phone” for early 2014. While the handset’s pricing hasn’t yet been announced, its very respectable feature set could make it a fantastic mid-level option at the right price.

Also announced on Monday but not covered during HTC’s press conference is the Desire 610.

While it falls into the mid-range category just like the 816, the HTC Desire 610 isn’t quick as exciting as its counterpart.

Prices haven’t yet been announced but the HTC Desire 610 will begin rolling out in May across Europe while the Desire 816 will launch in China in March followed by a global launch in April.