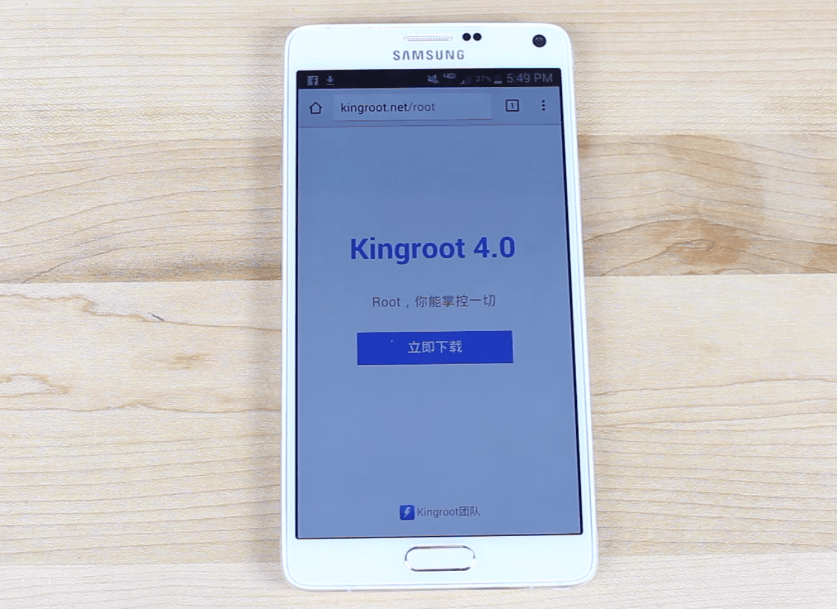 Ever been curious about rooting your Android phone in a way that’s incredibly easy? Do you have no qualms about downloading and installing shady apps that could be sending information from your phone to God knows where? If so, then you’ll want to check out a new video by DroidModderX that shows how an app can help you root your Android phone with just a few taps.

DON’T MISS: Science has found an insanely simple way to remove the song that’s stuck in your head

Why is this app so shady? Well, it’s an app you have to download directly from Chinese company Kingroot’s website and it hasn’t released any source code to let us see exactly what it’s doing with our phones. What’s more, the app is apparently collecting phones’ International Mobile Station Equipment Identity (IMEI) numbers for an unknown purpose, which DroidModderX describes as an “iffy” practice.

That said, if you’re willing to take the risks, you can install the app and use it to root your phone very quickly with just a few taps. The app works on any version of Android from Android 4.2.2 upward so it can root older devices as well as new ones.

To get the full scoop on how to use this app to root your phone, checkout DroidModderX’s full video below.