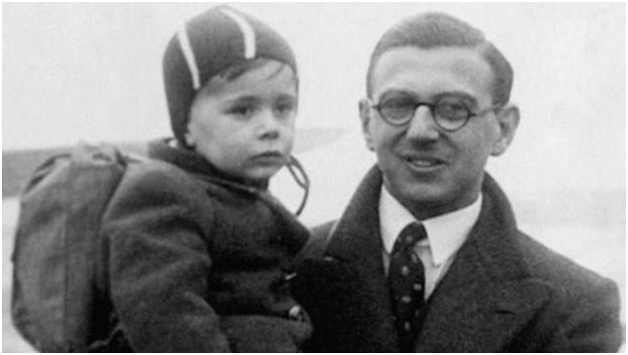 Sir Nicholas Winton has died at age 106. His death comes on the 76th anniversary of his departure from Prague on a train that carried many of the Jewish children whose lives he saved. That train in 1939 carried 241 out of the 669 total children who evaded the Nazi camps where their families were taken to die.

Most people haven’t heard about Winton before, simply because he was very good at keeping his inspiring actions a secret. It wasn’t until 50 years after the events took place that the public at large learned about his heroic acts — and it all happened by chance.

As a young stockbroker set to enjoy his Christmas vacation in Switzerland, Winton decided to visit Prague instead and help out a friend with Jewish welfare work in the region.

The man went on to save 669 children, providing them safe entry to the U.K. The children travelled across four countries on eight trains, the BBC reports, and Winton had to find British families each willing to put up £50 in order look after a single child.

But he kept quiet about everything for 50 years, until his wife discovered a scrapbook in their attic containing the details.

In 1988, Winton attended a BBC television program called That’s Life. The host displayed the scrapbook, explaining the story behind it, and then asked whether anyone in the audience had been saved by Winton, saying that they should stand if that was the case. In an emotional moment, more than a dozen people sitting around Winton rose from their seats (see following video).

That was 25 years ago. Winton was knighted for his actions by the Queen in March 2003.

According to a May 2014 report from The Guardian, there are around 6,000 people in the world who owe their lives to Winton.

Former Labour MP Lord Dubs was one of the original 669. “The real fact is that he was a man who saved my life and a lot of us who came on the Kindertransport owe him an enormous debt. His legacy is that when there is a need for you to do something for your fellow human beings, you have got to do it,” Dubs said.