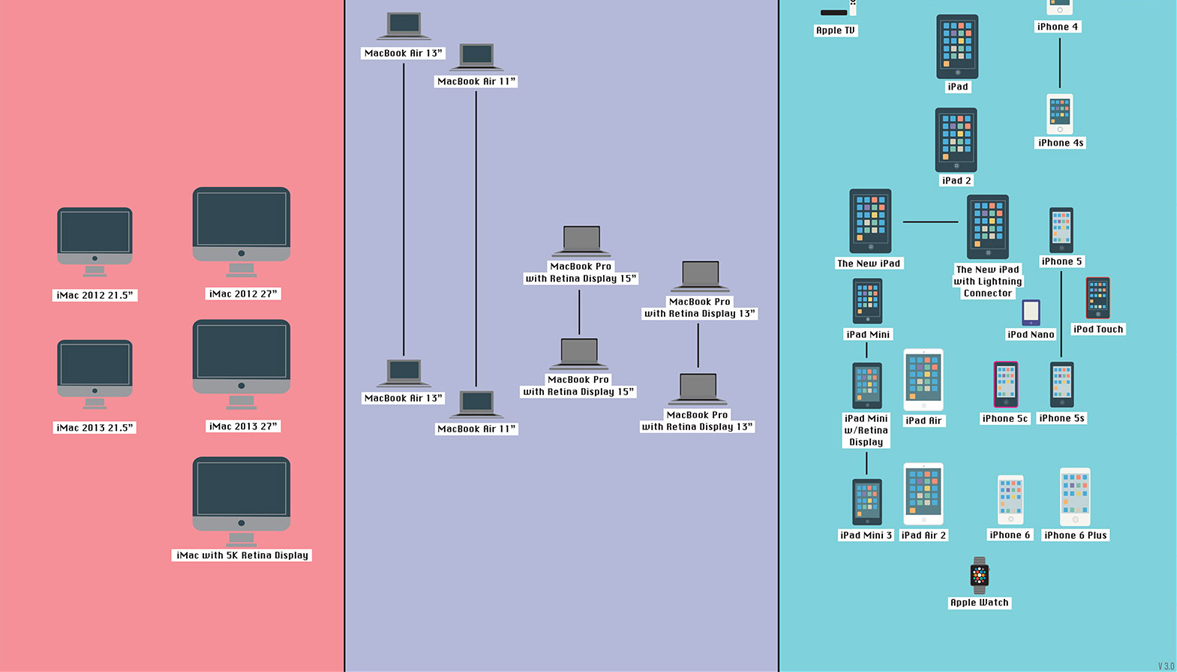 When you think of Apple in 2014, the first device that comes to mind is probably the iPhone. Few products have had as much of a cultural impact as Apple’s smartphone, but the iPhone is just one branch of Apple’s prolific history. Pop Chart Lab recently released the third edition of its “Insanely Great History of Apple” poster, featuring over 500 Apple releases, from the Dot Matrix Printer to the iPad Air 2.

FROM EARLIER: Anonymous Apple employees reveal what it’s like to work for Tim Cook

The poster is split into several product categories, including monitors, keyboards, portable devices and software. Seeing everything in one place, it’s interesting to note which products faded away into the annals of history and which are still being iterated upon 30 years later. Even the most obscure devices made their on to the poster, my personal favorite being the Bandai Pippin, a failed video game console with one of the worst controllers ever made.

You can see a preview of the poster below, but be sure to head over to Pop Chart Lab for a zoomed in look at each and every one of Apple’s products. The $80 poster is on sale for $64 a short time too, in case you’re interested in picking one up.