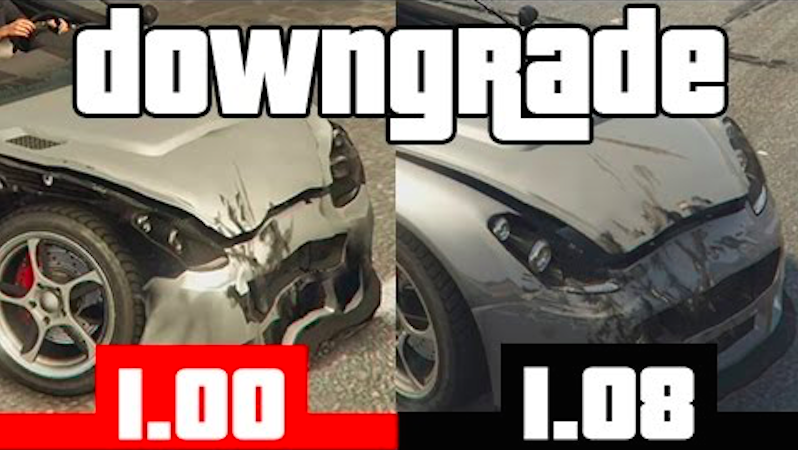 That’s the question that YouTube user ElAnalistaDeBits is trying to answer after GTA 5 players started noticing that vehicle collisions didn’t look quite right following the latest updates to the game. In order to discover the truth, “the analyst of bits” reinstalled the vanilla version of the game and recorded the differences between it and the newest version.

DON’T MISS: Meet the $399 Android tablet that looks like a Surface Pro and brings Windows-like productivity

Some problems are less obvious than others, but this is what he found after exploring the single-player campaign:

Rockstar Games hasn’t said anything about having to cut back on the game’s graphical features to add in new content, but that seems to be the only explanation for these irregularities. Unless this was genuinely a coding mistake, but that seems far less likely.

ElAnalistaDeBits has started the hashtag #FIXGTAV in order to press Rockstar to give an explanation for this inexplicable and unwanted change to the latest Grand Theft Auto. Hopefully we hear back soon, but considering the fact that it took nearly two years to get online heists, we’re not holding our breath.

Watch the video below and see if you can tell the difference:

UPDATE: We spoke too soon. Rockstar put up a support article shortly after reports regarding the issue began circulating:

Question: After updating to Title Update 1.08 on PS4 and Xbox One, there appears to be a deterioration of graphical quality. Is Rockstar investigating this issue?

Answer: We are aware of some graphical issues on the Xbox One and PS4 versions of GTAV after the most recent Title Update, and we are investigating a fix now. If you would like to receive an automatic email notification as soon as there is more information, please log into the Support Site and click Subscribe at the top of this page.