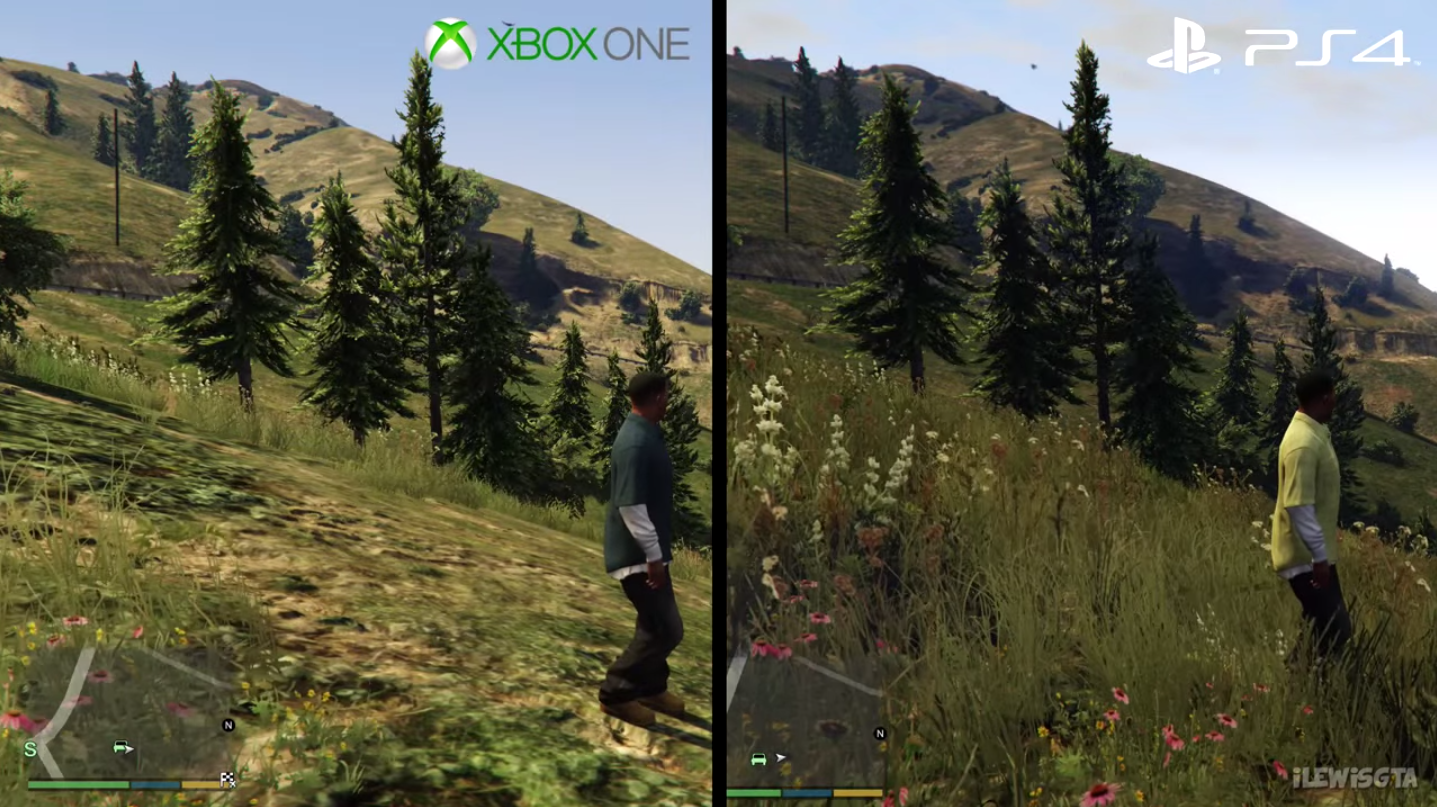 Half a dozen of the biggest games of the year are launching this week, but they’ll have to compete with one of the best-selling games of 2013. Grand Theft Auto V for PS4 and Xbox One hit store shelves on Tuesday, which means that gamers the world over want to know which version is worth spending their money on.

Although the team at Digital Foundry has only just begun testing the PS4 version of the game, their initial impressions are that the performance of the PS4 and Xbox One versions of GTA V are nearly identical. Other than the “rare dropped frames” (less common on PS4 than Xbox One), the new-gen GTA V holds steady at 30FPS, even in the most graphically intense scenarios.

Both versions also feature native 1080p resolution, but at least one astute YouTube user has found some subtle differences that might push visual-minded gamers to the PS4 release.

In the following video, iLewisGTA runs both versions of the game side by side. Although it’s nearly impossible to tell the difference between the two for most of the video, something very peculiar happens at 6:36. Take a look.

It appears that the foliage is much less dense on the Xbox One than on the PS4. For many of you, this won’t be an issue. It’s not as if extra blades of grass will affect the way you play the game, but it does look a little awkward. Some NeoGAF users have been posting GIFs which back up the video as well.

Performance doesn’t seem to be a deciding factor, but there is clearly a marked difference in texture quality, at least when it comes to foliage. Digital Foundry says it will have a more thorough examination of the two versions soon, so if you still can’t decide which version to pick up, it might be smart to sit tight for a few more days.

Until then, be sure to check out the performance analysis in the source link below.