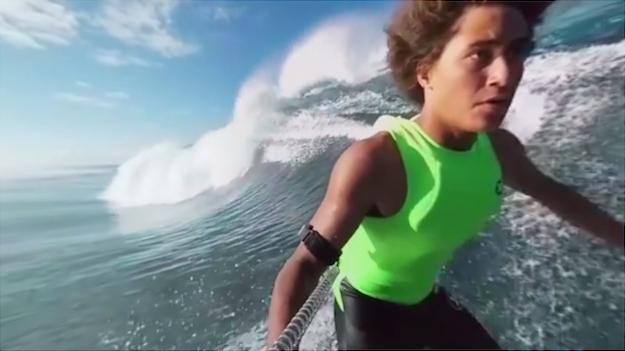 We’re not quite at the point where everyone has a virtual reality headset in their home, but once the proliferation begins next year, we’re going to have a ton of content to consume. GoPro is chief among the future content providers, and on Friday, the camera company released its latest 360-degree video on Facebook called Tahiti Surf VR.

These stunning videos have been a huge part of Facebook’s video service rollout, which is increasingly becoming a major draw of the site as pages (and users themselves) begin to upload original content to the site.

“Viewers will not need a headset to access the new GoPro videos on Facebook,” reads the press release. “People can discover these immersive 360 videos right in News Feed on web, iOS and Android, where viewers can choose what angle they want to see it from. On the web, the content can be explored by dragging the mouse around the video. On Android and iOS devices, viewers can drag their finger across the screen or turn the device on its side to navigate.”

You can watch the full video directly from your desktop browser below, but if you’d rather watch on your mobile device, be sure to click on this link instead.