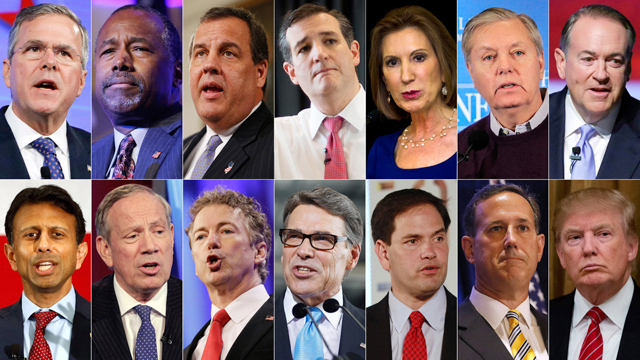 The major news networks have been inundating the American public with election coverage for well over a year, but after doing everything in our power to avoid the unnecessary onslaught of useless information, we finally need to start paying attention.

Tonight at 5PM ET, Fox News and Facebook will host the first GOP Primary Debate of the new election cycle.

DON’T MISS: The 5 most awesomely stupid things Donald Trump has done in just the last 5 weeks

The debate will be held at the Quicken Loans Arena in Ohio and will feature 10 candidate vying for the nomination in 2016: Jeb Bush, Scott Walker, Mike Huckabee, Ben Carson, Ted Cruz, Marco Rubio, Rand Paul, Chris Christie, John Kasich and of course, the bizarrely outspoken and endlessly entertaining Donald Trump.

The first debate, featuring the candidates who weren’t invited to the big debate, will kick off at 5PM, followed by an online pre-show at 6PM and the full primetime debate at 9PM. You can watch it all online on the Fox News website as long as you have an active cable subscription. The stream should be viewable on computers as well as mobile devices. Just look for the little video on the right-hand side of the page.

UPDATE 2: Looks like Fox News made a copyright claim on the Sky News stream. The official stream seems to be working consistently now though, so if you have a cable subscription, head to the link in the source and sign in.