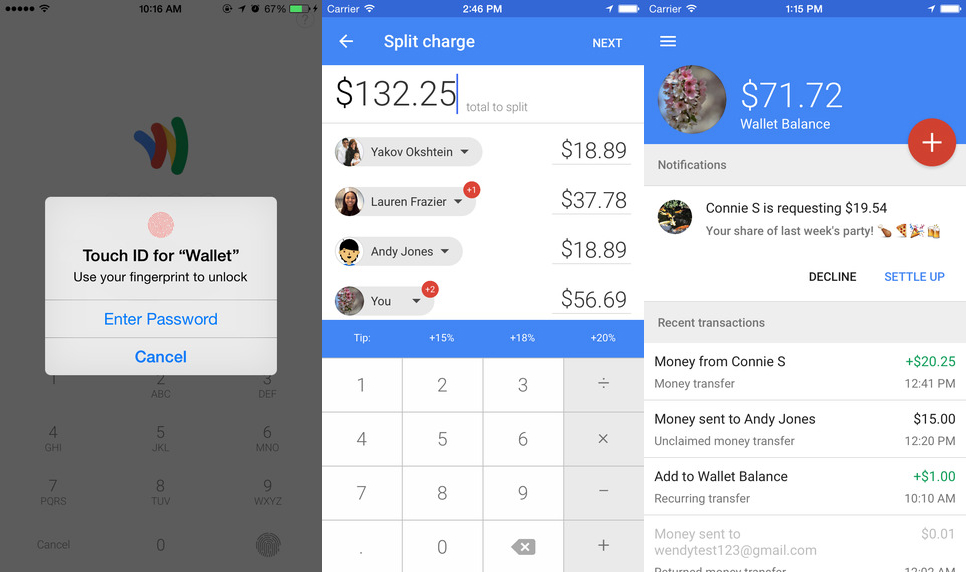 One of the main features of the iPhone, especially when it comes to the iPhone 6 and iPhone 6 Plus that can be used for mobile payments in stores, is the Touch ID fingerprint sensor embedded in the Home button, which adds an extra layer of security to Apple’s Apple Pay payments app, but also to other applications.

In iOS 8, Apple has opened Touch ID to third-party developers, with Google apparently being one of the companies looking to take advantage of the feature. The company has updated the iOS version of its Google Wallet payments app, adding Touch ID login support, 9to5Google reports.

FROM EARLIER: Clever 7-year-old discovers how to bypass Apple’s Touch ID in the simplest way possible

Even though users can now sign into their Google Wallet app using their fingerprints, the app can’t make use of the NFC secure element in the iPhone 6 and iPhone 6 Plus to initiate wireless payments in stores, like Apple Pay does.

Google Wallet for iOS has also received a split bills between friends feature, and offers users access to gift cards and credit cards even when the device doesn’t have Internet access.

The app can be installed from the App Store as a free download by following the link in the source section below.