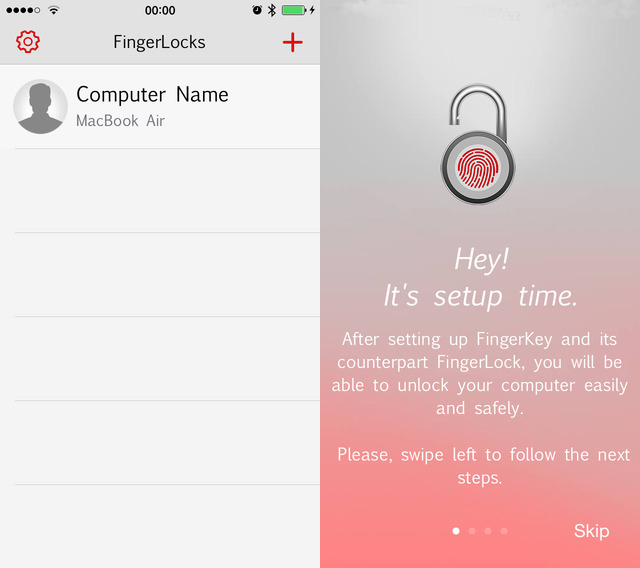 FingerKey is a new iOS application that takes advantage of Apple’s Touch ID fingerprint sensor found on the iPhone 5s, iPhone 6 or iPhone 6 Plus, giving it an interesting feature that Mac owners, who also have one of these fingerprint-enabled iPhones, will love. As 9to5Mac reports, FingerKey will let you unlock a Mac computer with help of your fingerprint, which is a lot easier than having to type in the password on the Mac each time you want to unlock it.

FROM EARLIER: A huge iPhone 6 Plus bug might end up being fixed by Samsung

FingerKey, priced at $1.99 in the App Store, lets users unlock multiple computers, offers a Notification Center Widget, and protects data transmission between the iPhone and the Mac with 256-bit AES encryption.

However, in order for it to work, FingerKey also needs Bluetooth LE compatible devices including iPhones and Macs. All iPhones that pack a Touch ID sensor also have Bluetooth LE support, but not all Mac models out there have Bluetooth LE chips inside, so users should make sure their OS X machine can actually support this unlocking feature.

Other interesting features are coming to a future version of FingerKey, including Windows and Linux support, pattern unlock support, visual enhancements and compatibility with all screen sizes.

A video showing FingerKey in action follows below, and the application can be downloaded from the App Store by following the link in the source section.