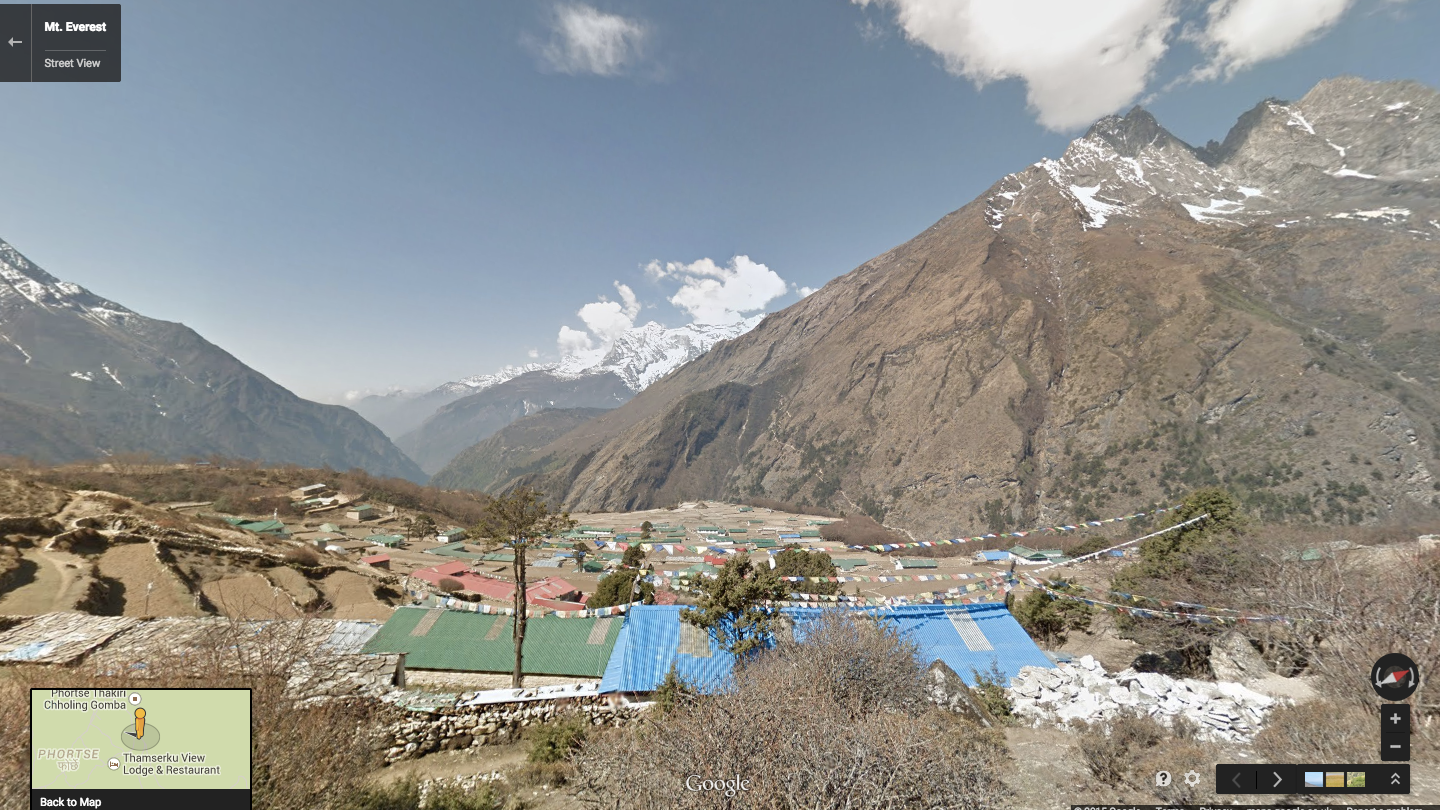 Google Street View has virtually taken us to a lot of incredible places over the years, but its latest trek to Nepal and the region surrounding Mt. Everest might be the best one yet. Google Maps revealed on Thursday that it’s partnered with Apa Sherpa, a Sherpa mountaineer who “holds the world record for reaching the summit of Mount Everest 21 times,” to help take stunning Street View images of the Khumbu  region surrounding the world’s tallest mountain. The images aren’t just of the massive mountain but of the communities that surround it as well.

DON’T MISS: Is Apple crazy? An in-depth analysis of the mythical Apple Car

“Partnering with Google Maps allowed us to get important local landmarks on the map and share a richer view of Khumbu with the world, including local monasteries, lodges, schools and more, with some yaks along the way!” Sherpa writes over at Google Maps’ blog. “My hope is that when people see this imagery online, they’ll have a deeper understanding of the region and the Sherpa people that live there.”

You can learn more about this project by visiting Google Maps’ blog post by clicking here. We’ve also posted a video showing highlights of Google Maps’ huge trek through the region below.