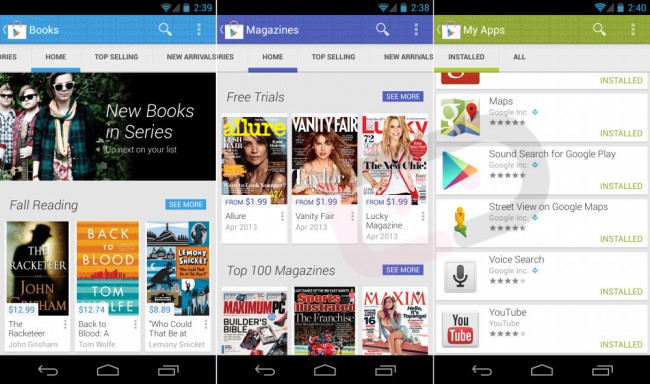 Google (GOOG) is reportedly working on a redesign for its Google Play store that includes brighter colors, bigger images and a cleaner look. According to Droid-Life, the redesigned marketplace carries the version number 4.0.16 and features a streamlined layout with inspiration drawn from Google Now. Other changes include the removal of the application download/install screen and it would appear all apps will be auto-updated by default, an option that can be turned off for individual apps. It is unclear when Google will release the redesign, though it could happen in the coming weeks. A leaked video walkthrough follows below.