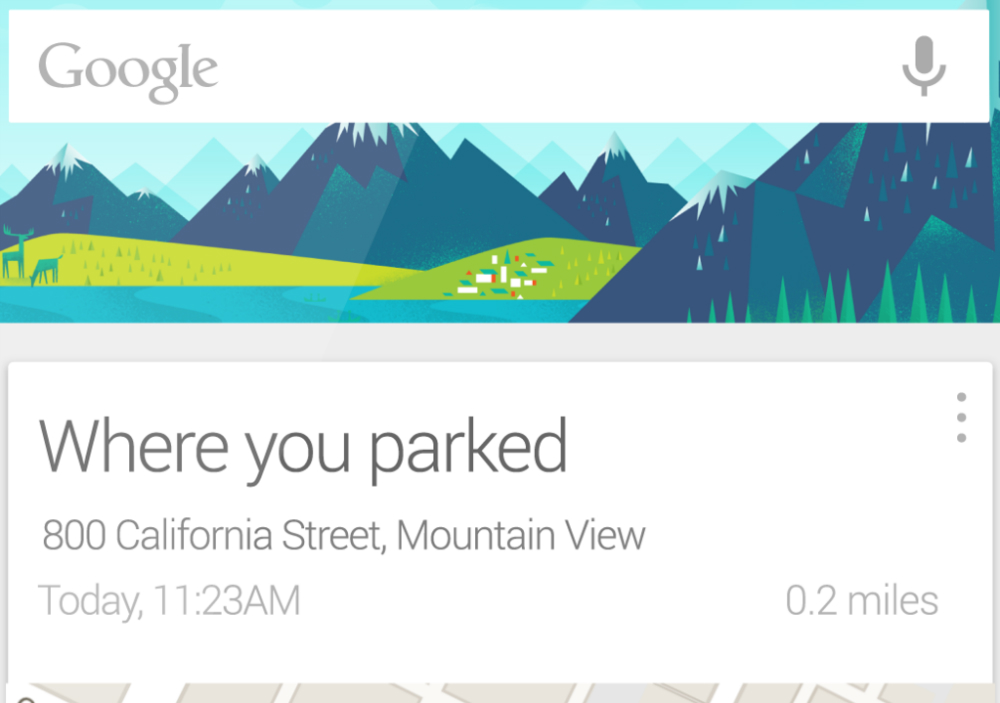 Not knowing exactly where you parked your car can be a very problematic issue, and one that has probably affected us all more than once during our lifetimes. Luckily, Google is aware of this major problem and may have already devised a way to fix it: with help of Google Now. Android Police has found evidence that Google may be working on adding such functionality to its search-based virtual assistant in the future, although nothing is official just yet.

According to the publication, Google Now will apparently detect when you get out of the car, and attempt to remember your location, which will be then offered in a card alongside the time you parked the car. Users will also be able to correct Google if the location is not accurate. Android Police has discovered specific code in the app’s individual language folders that describe parking reminders.

In addition to showing cards with parking information, Google Now is also rumored to be working on more cards in the future that will remind users to pay bills, offer reminders based on who’s near a user, and automatically infer events from daily communications. Meanwhile, other apps that can help smartphone users remember where they parked their cars, and offer them other parking-related neat tricks, are already available in app stores.

A full render for the rumored Google Now “Where you parked” card follows below.