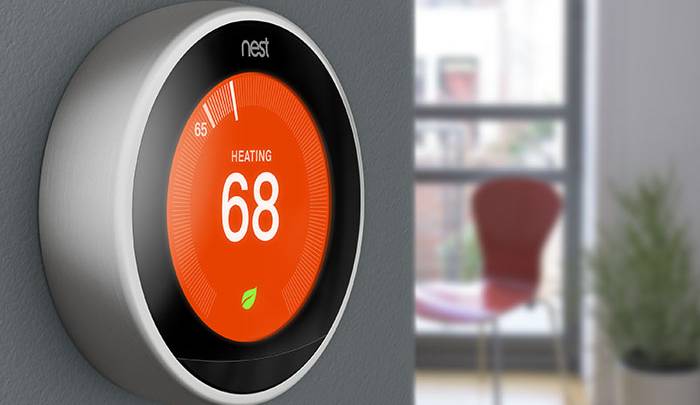 Google quietly released its third-generation Nest Learning Thermostat on Tuesday. The device is smart enough to learn what you like, and should pay for itself during its lifetime while helping you cut down on your energy bill.

DON’T MISS: Video of an enormous shark leaping out of the water left this news anchor speechless

According to the company, the Nest thermostat saved people an average of 10-12% on heating bills and 15% on cooling bills, which means it pays for itself in under two years.

The third-generation device is just as big as its predecessors and it costs the same $249 from Nest.com and Amazon. That also means second-generation Nest thermostats now cost just $199, as long as supply lasts.

The third-gen Nest also has a new trick up its sleeve called Farsight that causes the thermostat to light up when you walk in the room to show you the temperature you’ve set or the time.

The screen is significantly bigger: It’s 40% larger than in previous versions and has 25% more pixels, as you’ll see in the animation below. That means you’ll be able to see the information displayed on it from across the room easier than before.

Finally, a “Furnace Heads-Up” feature will alert you when abnormalities are detected with heating patterns.

A video showing the new Nest Learning Thermostat follows below.