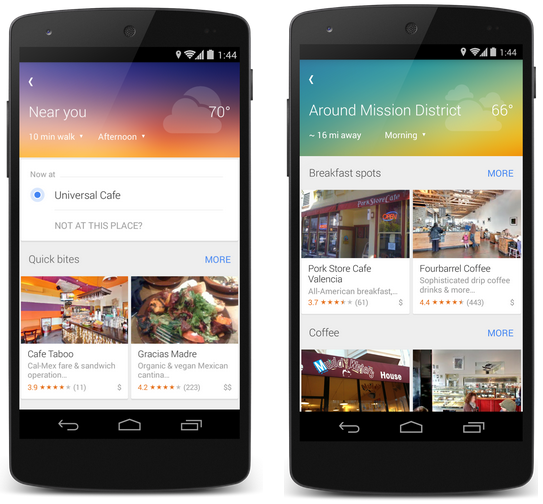 Earlier this week, we told you about a fantastic new feature coming to the Google Maps Mobile app that could potentially change the way you explore the areas around you. Well, Google on Wednesday afternoon announced that its terrific new Explore feature has now rolled out to its iOS and Android mobile apps.

“On vacation and want to know where the locals go? Looking for a new place to grab food on your lunch break? Waiting on the platform for your next train and wondering when it’s scheduled to arrive? Starting this week, you can spend less time searching for your answer and more time exploring the world with the Google Maps app for Android and iOS,” Google Maps project manager Taj Campbell wrote in a blog post.

He continued, “Now, whenever you want to discover places in your area, simply tap the new Explore button at the bottom right corner of your map to get a quick look at what’s nearby (where available). With Explore as your guide, you’ll see different places and activities that adapt to each area and moment throughout your day. This also works when you’re browsing other neighborhoods and cities on the map so you can plan your day’s outing or daydream about your next vacation.”

There are a number of other apps that offer similar functionality, but Google Maps is the most widely used mobile mapping solution by a landslide. To now have this feature integrated into the app makes finding great nearby restaurants, bars and other points of interest a breeze.