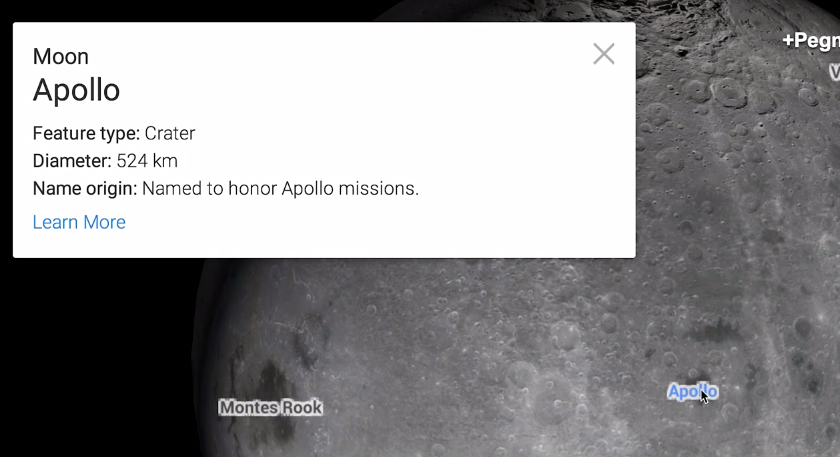 Looking to visit distant planets from your couch? Google Maps has you covered, with the help of a brand new Easter Egg that’s available to all desktop users of the latest Google Maps version. The company announced on Google+ that it now lets users explore both Mars and the Moon — at least virtually — from inside its popular mapping application.

The new Easter Egg, one of the fun ways Google lets you explore Earth (and now other planets) inside Google Maps, has been made available to users in celebration of the two years the Curiosity rover spent on Mars.

“Mission Control at #GoogleMaps just cleared you for launch. Make like+Curiosity and explore the craters of Mars → goo.gl/OopkP0, then take a virtual trip to the Moon → goo.gl/CoVGQ9,” the company said on its social network

“To start your interplanetary adventure, look for Earth mode at the bottom left of your map (on supported browsers). Click on ‘Earth,’ zoom all the way out until you see the entire globe, and you’ll see these two celestial bodies pop up at the bottom of your screen,” Google wrote in a video description on YouTube to explain how the new Google Maps feature is enabled – that video follows below.