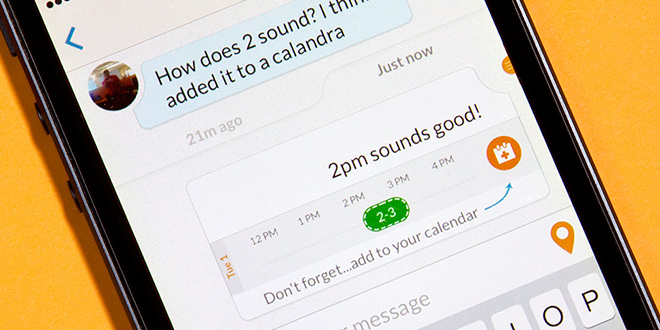 Google has purchased Emu, a smart chat application for mobile devices that can pepper messaging conversations with useful information mined from the users’ personal data, but also help the search giant get even more data from Google services users, and deliver ads inside chats at some point in the future, Wired reports.

As it works now, Emu is able to analyze chats and offer information such as restaurant suggestions and calendar details based on their conversations. But Google could easily include advertising features into future versions of Emu that are likely going to be incorporated into Google’s own Hangouts platform that offers users instant messaging and SMS support, and automatically display ads based on certain keywords that certain companies would be interested in bidding on.

“Google’s Android mobile operating system could also benefit from the deal. Emu’s technology could monitor not just Hangouts but also incoming text messages on Android phones and use the phone’s full capabilities—its calendar access, contact list, location data, and so forth—to be even more helpful to users,” Wired writes.

Emu has been conceived by Gummi Hafsteinsson, who spent five years at Google and two years at Apple before founding the chat service. Interestingly, at Apple Hafsteinsson was a manager on Siri, the virtual voice-activated assistant that can access various resources on a device, including personal information, to help the user with various tasks.

At this time, it’s not known how much Google paid for Emu, although the purchase has been officially confirmed. Starting with August 25, the service will shut down, and iPhone users won’t be able to chat via the Emu iOS app.

A video showing how Emu works follows below.