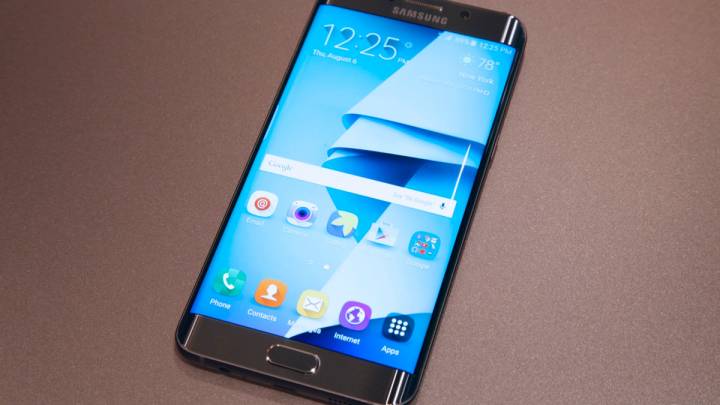 Samsung will soon unveil its Galaxy S7 lineup and the leaks keep on coming, revealing new details about the upcoming phones. After a couple of independent reports last week pretty much painted the same picture of the specs for the Galaxy S7 and Galaxy S7 edge, a listing discovered on the AnTuTu benchmark site reaffirms the main characteristics of the upcoming smartphone.

DON’T MISS: How to run Android on any computer, just like Windows

According to a leaked image found on Chinese social service Weibo, the Galaxy S7 edge will have a 5.1-inch display with 2K resolution (2560 x 1440), Qualcomm Snapdragon 820 processor, 4GB of RAM, 64GB of storage, Adreno 530 graphics, 12-megapixel camera, and 5-megapixel rear camera. The phone will run Android 6.0 Marshmallow out of the box.

The phone is identified as the SM-G935A, which SamMobile says represents the codename of the Galaxy S7 edge.

The phone is rumored to arrive in two sizes, including a 5.1-inch model and a 5.5-inch Galaxy S7 edge+ version, though it’s not clear at this point how many distinct Galaxy S7 and S7 edge versions will launch this year.

The AnTuTu listing (see below) matches what other recent reports have suggested in terms of specs, pointing to hardware for Samsung’s next major Android smartphone that should once again be top-of-the-line.

One of the major surprises of the Galaxy S7 concerns the main camera, tipped to be a 12-megapixel shooter, rather than a 16-megapixel one. Samsung is dropping megapixels, but the camera is rumored to have a f/1.7 aperture, an important upgrade compared to the previous Galaxy S generation.