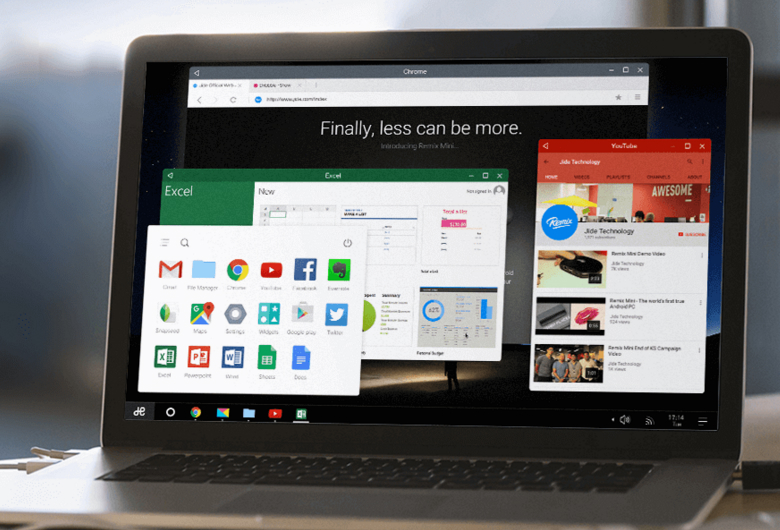 Say you need to run Android apps on an actual computer, be it a laptop or a desktop. What do you do? One option starting this week will be to download Remix OS and run it free of charge on whatever PC you might have around the house. We’ve talked about the operating system in the past. Remix OS is an Android fork that brings over a Windows-like Android experience. Jide, the company founded by former Googlers, manufactured special hardware for Remix OS, but it has decided to make the operating system available free of charge for anyone looking to run Android on their computer.

Starting January 12th, you’ll be able to download Remix OS from Jide, and then run it on any x86 computer.

You’ll need an FAT32 USB 3.0 flash drive with at least 8GB of free storage on it, and that’s it. Just restart your computer and boot directly from that USB drive. At that point, you’ll run Android on your computer, complete with an interface that will remind you of good old Windows. Take the drive with you and you’ll have an Android computer in your pocket that will work on most x86 PCs out there. And yes, before you ask, it’ll even work on some Macs.

You’ll be able to log into your Google account, install apps, and do everything else you’d do on a smartphone or tablet running Android. But you’ll do it with the help of a keyboard and mouse. For now, you’ll get access to Remix OS 2.0 based on Lollipop, but a Marshmallow version should follow.