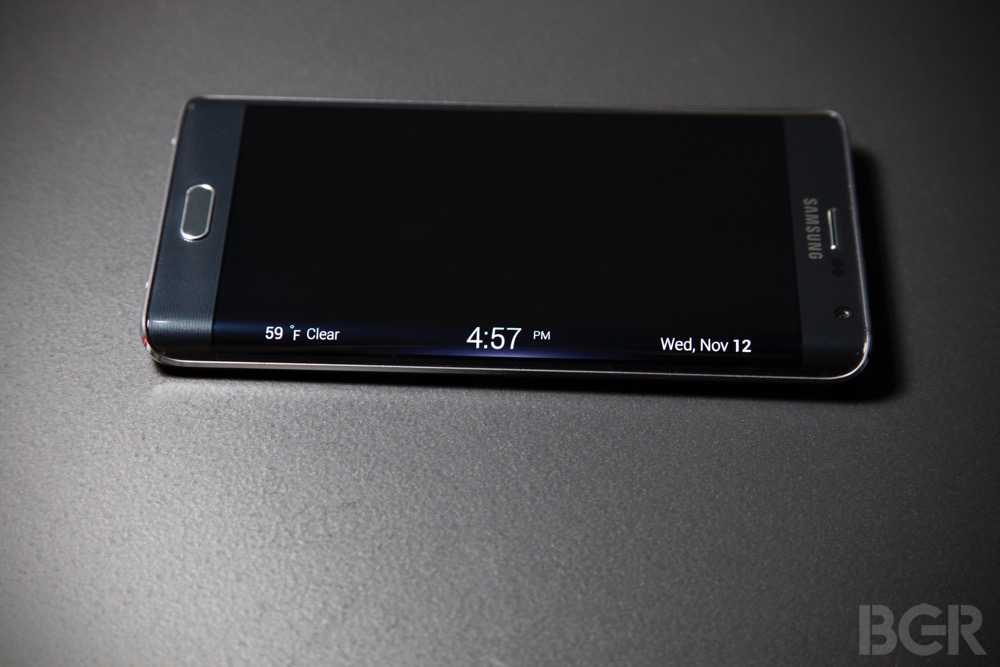 Samsung has a lot riding on its upcoming Galaxy S6 and Galaxy S6 Edge smartphones and it’s apparently going all out to make sure they’re two of its best devices ever. PhoneArena has spotted a new multicore Geekbench result for the Galaxy S6 Edge that shows the device is even more powerful than Apple’s iPad Air 2.

FROM EARLIER: Leaked benchmarks show Samsung’s Galaxy S6 will be the most powerful phone ever made

“[The Galaxy S6 Edge’s] octa-core Exynos 7420 chipset managed to crush it with 1,492 points in the single-core, and 5,077 points in the multi-core test,” writes PhoneArena. “To put things in perspective, this multi-core result is way higher than any other mobile at the moment, including the iPad Air 2, the reigning champ, which scores 4,532.”

This new benchmark comes just after an AnTuTu benchmark for the Galaxy S6 this week showed that Samsung’s upcoming device will be the most powerful phone ever released, as the S6 blew away every other score ever recorded in AnTuTu’s database.

Given the overall specs that popped up on the AnTuTu benchmark, we can’t say we’re surprised by the overall results. According to AnTuTu, the Galaxy S6 features a  5.1-inch display with a resolution of 2560 x 1440 pixels, a 2.1GHz Samsung Exynos 7240 processor, 3GB of RAM, 32GB of storage, a 20-megapixel rear-facing camera, a 5-megapixel front-facing camera and Android 5.0.2 Lollipop.