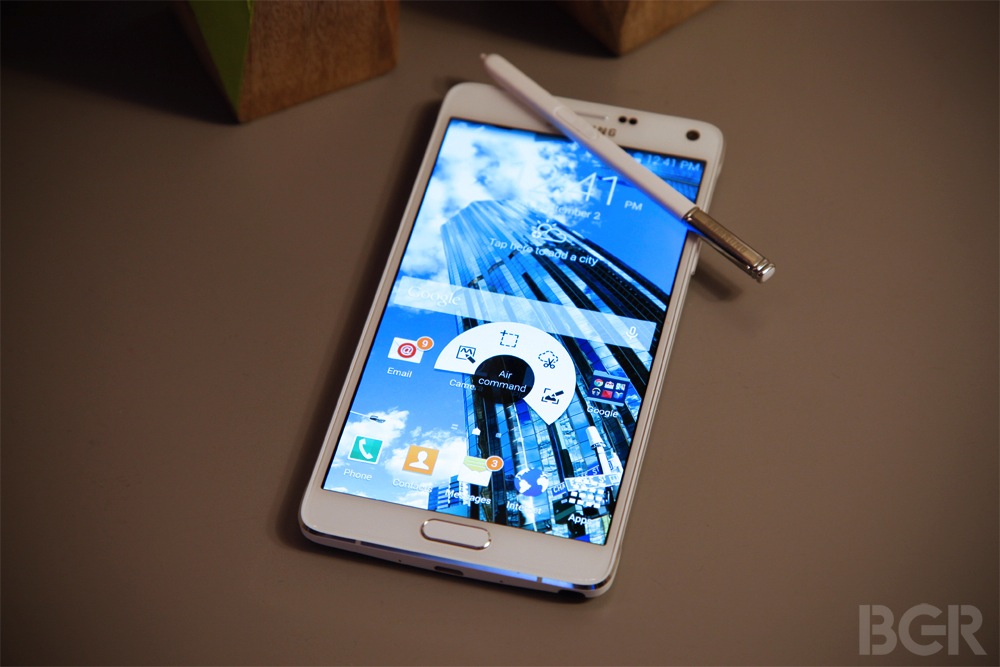 Samsung keeps making fun of Apple’s iPhone 6 Plus “Bendgate” problem, but the company might have issues of its own with the new Galaxy Note 4. The device might not bend, but buyers in South Korea have already noticed a manufacturing issue affecting some of the first Galaxy Note 4 units: Apparently, there’s a gap where there shouldn’t be.

According to South Korean publication IT Today, some Galaxy Note 4 users have noticed a space between the phone’s frame and the display panel, both on the top/bottom or on the sides, posting images with business cards inserted in those gaps. The report also says that two pieces of A4 paper fit inside the gaps.

It’s not clear how widespread the issue is, considering that Samsung’s South Korean Galaxy Note 4 launch day sales amounted to around 30,000 units, or all available stock Samsung had on hand, but apparently the company is aware of the issue.

Considering that Samsung has rushed Galaxy Note 4 launch, at least in its home country, to better counter the iPhone 6 record sales, it’s likely this screen separation issue is a limited manufacturing problem that will be corrected before it becomes Samsung’s “Gapgate,” or something similar, once the handset launches in more markets next month.