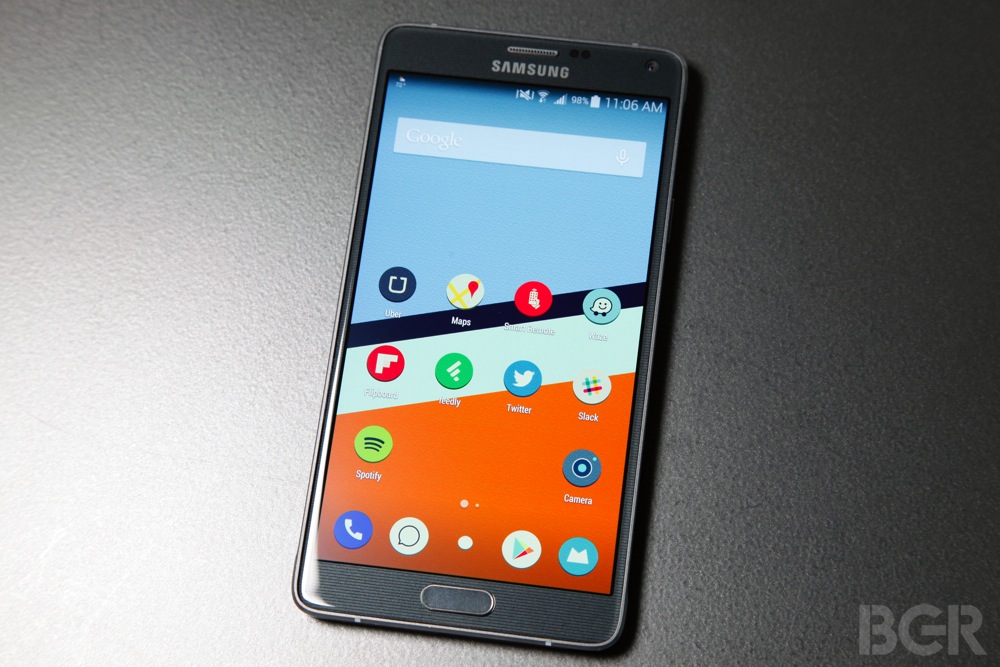 The Galaxy Note 4 is only a few months old, but Samsung has already upgraded it, releasing a better version of the phablet just like it did with the Galaxy S5 earlier this year. However, as was the case with its earlier flagship handset, the improved Galaxy Note 4 phablet won’t be available to most people looking to buy the best model around.

FROM EARLIER: The 10 most aggravating things about Samsung’s Galaxy Note 4

“Users can download a 700MB video in about 19 seconds or 10 songs with 40MB in about one second,” Samsung said, praising the data speeds of the new Galaxy Note 4 version.

As AnandTech points out, the superior LTE data transfers, with theoretical speeds reaching 300Mbps on Category 6 LTE networks, are possible thanks to a new System on Chip (SoC) that’ll be found inside this Galaxy Note 4 smartphone. The handset’s faster SoC, the Qualcomm Snapdragon 810, has eight cores in a big.LITTLE configuration and also includes a modem capable of theoretical speeds of up to 450Mbps on future Category 9 LTE networks, or 300Mbps on current LTE-A networks.

In addition to the Galaxy Note 4 LTE-A, the new SoC is rumored to power next year’s top Android smartphones, including Samsung’s next top handset, the Galaxy S6 that has already been detailed in plenty of rumors.

Unfortunately, this special Galaxy Note 4 version will only be available in South Korea beginning in January 2015.