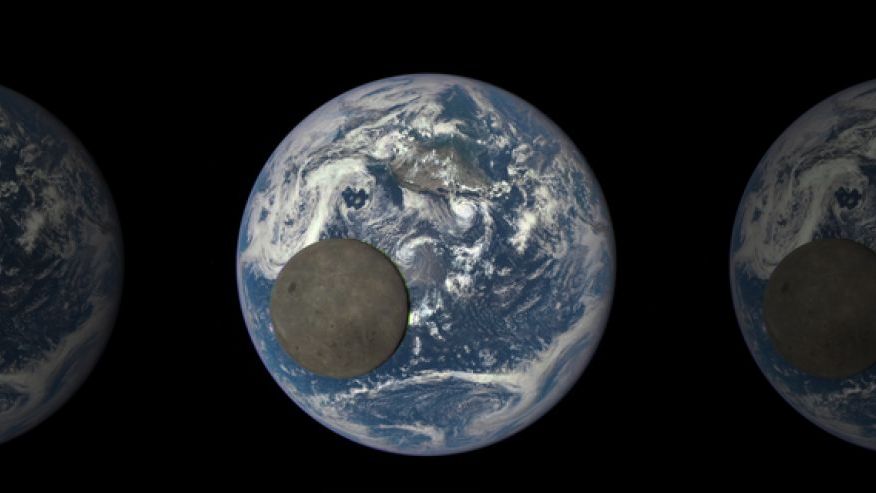 A NASA camera on the Deep Space Climate Observatory (DSCOVR) satellite has captured a series of stunning images of the Moon passing the Earth’s sunlit side.

The series of images show the fully illuminated “dark side” of the moon that is never visible from Earth, according to NASA. Taken between 3:50 p.m. and 8:45 p.m. ET on July 16, the images show the moon moving over the Pacific Ocean near North America.

Positioned between the sun and Earth, DSCOVR’s primary mission is real-time solar wind monitoring for the National Oceanic and Atmospheric Administration (NOAA). The satellite is orbiting 1 million miles from Earth.

“It is surprising how much brighter Earth is than the moon,” said Adam Szabo, DSCOVR project scientist at NASA’s Goddard Space Flight Center in Greenbelt, Maryland, in a statement. “Our planet is a truly brilliant object in dark space compared to the lunar surface.”

NASA is enjoying a momentous few weeks. Last month the agency’s Kepler mission discovered Kepler-452b, the first near-Earth-size planet in the “habitable zone” around a sun-like star. The Kepler discovery came hot on the heels of the historic flyby of dwarf planet Pluto by NASA’s New Horizons spacecraft.