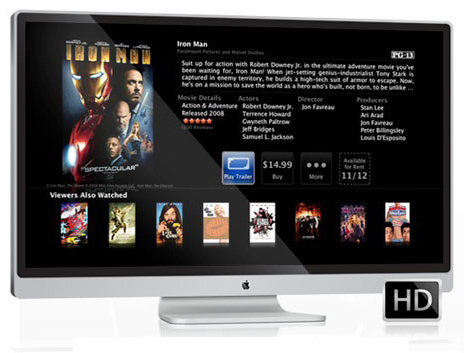 Sony’s (SNE) $25,000 84-inch Ultra HDTV with 4K resolution might soon look puny compared to flatscreens that have even larger displays, according to a DigiTimes report. The report claims Foxconn could build 70-inch, 80-inch and even 130-inch panels with Ultra HD resolution in them. As a major investor in Chimei Innolux (CMI),  Taiwan’s largest LCD maker, Foxconn’s goal is to build panels in sizes that don’t interfere with CMI’s max 65-inch Ultra HDTVs in 2013. Although Foxconn CEO Terry Gou backpedaled on a statement his company was building Apple’s (AAPL) iTV, it wouldn’t shock us if the Cupertino-based company is involved, given all the rumors around it working on a Siri-powered TV.