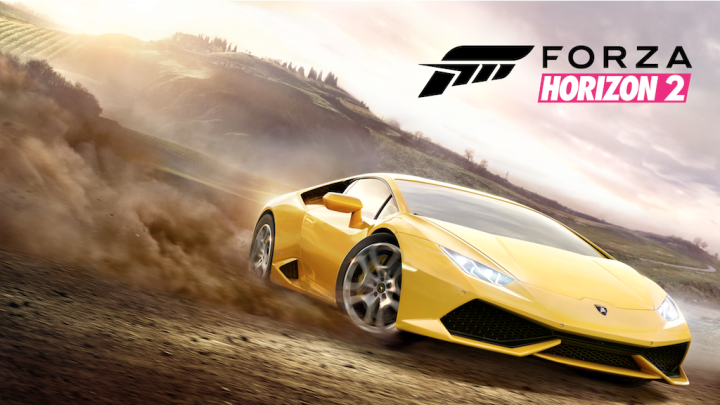 There are a few vital elements to any great road trip. The most important is the vehicle, which happens to be the method of transportation from Point A to Point B to Point C and beyond. Next is the radio, creating the impromptu soundtrack to all the best road trips. Finally, the company — a road trip is just a long drive without good company. Forza Horizon 2 is as close to a virtual road trip as I’ve ever experienced, and best of all, this road trip never has to end.

Forza Horizon 2, the latest open world racing game from Playground Games and Turn 10 Studios, is the first next-gen game to grab me and refuse to let go. Picking up where it left off with the original Forza Horizon, Playground Games is back with one of the best entries the genre has ever seen and an impressive statement for the Xbox One.

Forza Horizon 2, like its predecessor, is set at the Horizon festival, an event where dozens of drivers from all over the world to compete in a series of races in order to determine who’s best. Spoiler alert: it’s probably going to be you. There isn’t much set up, but there doesn’t need to be — Forza Horizon 2 is all about finding your own way and deciding which activities you’re going to have the most fun completing.

Once you arrive at the festival and choose your first car, you’ll join a road trip, the game’s primary means of advancement. Each road trip will take you to three of the six locations in the game. Once you reach your destination (an event of its own), there will be four races to choose from. These constitute a championship, which you’ll need to win 15 of in order to participate in the Horizon finale. But before I could invest in any of these events, I had to explore the world the developers had created.

This is one of the most stunningly gorgeous games I’ve ever played. From the rolling hills to the cobblestone streets and the architecture of the French Riviera, there might not be a more scenic open world game on the market. Even the weather effects, the lighting and the dirt that cakes on your car after an off-road expedition look nearly photorealistic. Horizon 2 is definitely a showpiece for the Xbox One.

Once you’re done exploring, it’s back to the track. Each championship — of which there are 168 — focuses on a specific class of automobile. In the city streets, you’re more likely to drive a Mercedes-Benz or a Lamborghini. Out on the countryside, you’ll decide on either a Land Rover or a Jeep. All in all, there are well over 200 cars to choose from in Horizon 2, so you’ll never have to be behind the wheel of any one car for too long.

Of course, before you can purchase any of those expensive rides, you’ll have to save up your credits. Each completed race rewards the driver with credits and experience. If I had one major complaint with Horizon 2, it’s the speed with which I acquired credits. By the end of a championship, I typically had just enough to purchase a car for the next one, but never enough to go on a spending spree.

Horizon 2 does grant you a wheel spin every time you level up, which rewards you with either credits or cars, but it’s a tossup how worthwhile the reward will be. It seems as if some of the microtransaction mentality of Forza Motorsport 5 made its way over to the open world spin-off.

Another, more positive holdover from the Xbox One launch title is the Drivatar system. It’s not an amazing implementation of driver AI, but it’s serviceable enough to not be distracting and makes the world of Horizon 2 feel more populated than it would otherwise.

As for the actual racing, Forza Horizon 2 leans closer to simulation than many games in its genre (Burnout Paradise, Need for Speed: Most Wanted), but that’s not to suggest it doesn’t have an arcade flair of its own. After collecting a few cars, I very quickly began to find which classes I was most comfortable with and which would require some practice.

Forza Horizon 2 is fairly forgiving, making the learning process a little less painful, but there’s an incentive for racing well — skill points. Everything you do, from drifting to drafting to overtaking your opponents, will add to your skill chain, where a multiplier builds until you either crash (and lose the chain altogether) or fail to do something to add to the chain (which is when the points you’ve earned are added to your total). As you earn skill points, you will be able to unlock skills which can make progression faster as you work your way through the game.

Aside from the road trips, there are a few ancillary activities to participate in. At certain points during the campaign, showcase events will open up which pit the driver against all matter of ridiculous competition. There are also bucket list challenges scattered throughout the map which allow players to drive some of the game’s most coveted cars while attempting to complete a specific goal.

As in the original Forza Horizon’s recreation of Colorado, there are several barns hidden around France and Italy, each containing a unique vehicle. It can be a bit frustrating to find them, given that the game merely slaps a big, transparent circle on the map over the region where the barn can be found, but it’s worth the trip — these are some of the most interesting cars in the game.

Being an open world game, Playground and Turn 10 couldn’t help but throw in some form of collectible as well. In Forza Horizon 2, the collectibles take the shape of billboards which you can smash for either experience or fast travel discounts. Many are off the beaten path, encouraging exploration in the game’s wide open world.

The online component of Horizon 2 is an entertaining distraction, but doesn’t feel nearly as fleshed out as the main game. While you’re driving around Southern Europe from one race to the next (or just cruising with the tunes cranked up), you can jump into the map and enter a queue for an online road trip at any of the game’s six destinations. As soon as a game has been found, you’ll have the option to jump out of the single player game and into an online match. In case you’re not feeling competitive, you can choose online freeroam as well.

It’s always frustrating to see a game’s quality suffer as a new console generation begins. There have been countless examples of games that have fallen prey to this phenomenon over the past ten months, but Forza Horizon 2 is as complete a package as you’ll find on a new console in 2014. Several hours into the game, when you do reach the Horizon Finale, know that you’ll only have scratched the surface of this huge open world.

Microsoft provided BGR with a copy of Forza Horizon 2 for this review.