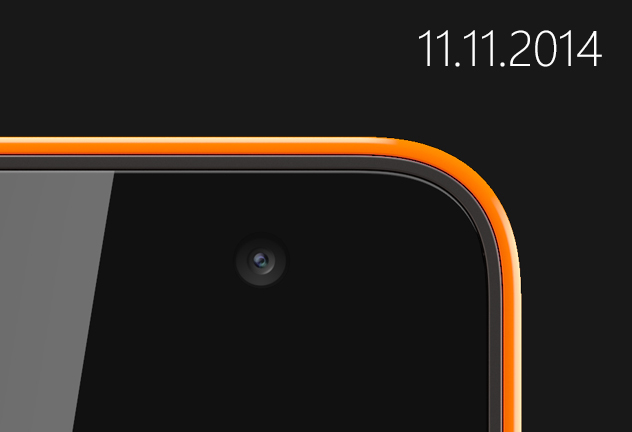 There are many Windows Phone Lumia handsets in stores, but these devices still have Nokia branding, which Microsoft has to ditch. However, that’s about to soon change, as the company next week will release its first ever Lumia handset that doesn’t have Nokia written anywhere on it. As The Verge reports, Microsoft has already started teasing a November 11th announcement on its website, when it should unveil the first Microsoft Lumia smartphone.

“Microsoft is delivering the power of everyday mobile technology to everyone,” the company said. “Come back on November 11, to find out more!”

The phone, shown in the teaser image above, is pretty much in line with Microsoft’s recently released Lumia branding images for upcoming Windows Phone handsets coming from the former Nokia mobile division.

The publication has learned from sources familiar with Microsoft’s plans that the company will launch a budget-friendly Lumia next week rather than a flagship handset some buyers may expect. The first Microsoft Lumia model is supposed to pack a 5-inch display, 1.2GHz Qualcomm Snapdragon processor, 1GB of RAM, 5-megapixel camera, front-facing camera (something absent from previous low-end models) and Windows Phone on board.

It’s not clear at this time whether Microsoft will keep the Lumia numbering scheme in place, or use a different kind of identifier for its Lumia handsets.