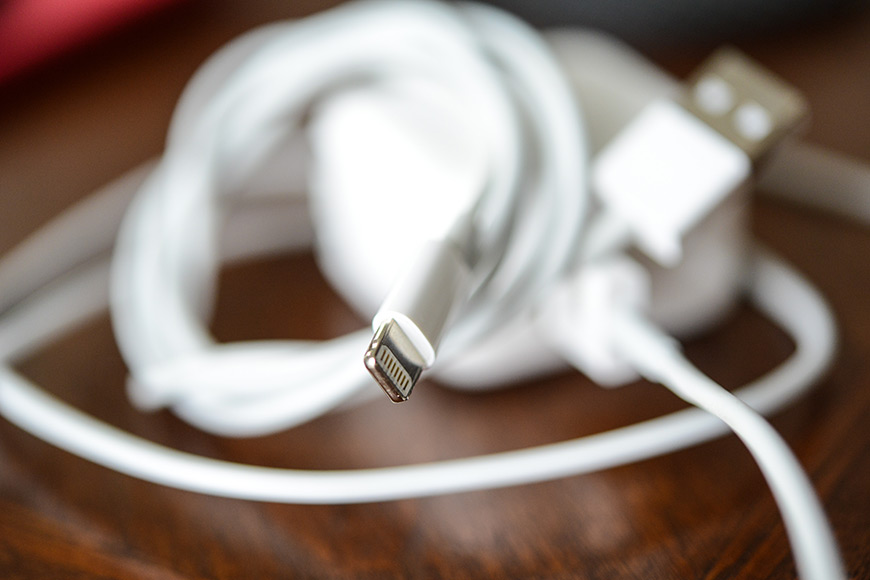 When Apple ushered in the Lightning cable with the iPhone 5, millions of folks groaned collectively. A new connector means new accessories and outdated doodads, but in this particular example, it also represented a serious shot against piracy. As it turns out, Apple detests knockoffs… even when it comes to cabling. So, with Lightning, the company included a chip inside of each plug that would be next to impossible to reverse engineer and ape. Moreover, Apple added yet another expense to reproducing the cable, which would no doubt cut into the profit margins for would-be knockoff artists.

Today, a three meter Lightning cable from Apple is priced at $20. Which, by all measures, is firmly in Monster Cable territory on the ripoff meter. Thankfully, quite a few “Apple certified” options do exist, including a smattering of $14 versions available across the web.

But, being the stubborn knucklehead that I am, I just couldn’t be bothered with paying such outrageous rates for a couple of spare cables.

I needed a few to toss into various travel bags and to have hanging around in vehicles. When you need a charge, these Lightning cables are tough to come by.

As one would, I hopped on eBay and found a bundle of four knockoff “iPhone 5 compatible” charging cables for the seductively low price of $9, all shipping included.

Whatever you do, do not do this.

The cables themselves look and feel exactly like the ones that Apple itself sells, but they simply don’t work. Every so often, they’ll charge my device for a few minutes, but without fail, the dreaded alert shown above will eventually appear. Once that happens, all charging ceases.

I’ve even lowered myself to blowing on both sides, NES style, in hopes of convincing my phone that it’s hooked to a genuine tether. Regrettably, it all ends in tears.

Please, let my loss be your gain.