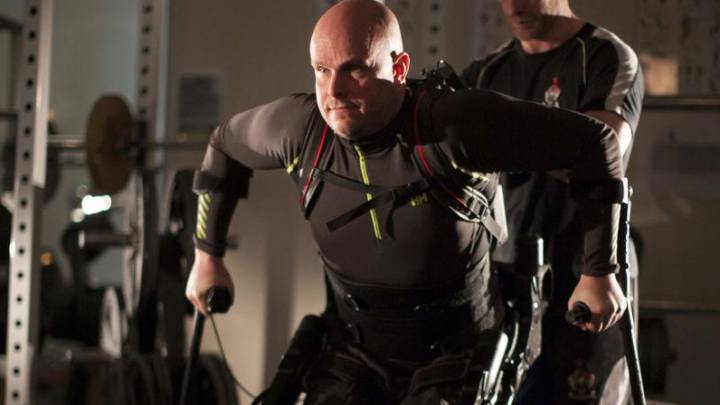 Paralysis is one condition modern medicine has yet to overcome, but many research projects are looking at ways of restoring mobility to accident victims. In fact, such research recently allowed one man who was completely paralyzed from the waist down to walk again with the help of specialized neurostimulation and an exoskeleton.

The interesting part is that the man, a former athlete who lost his sight in 1998 and then broke his spine in 2010, was able to control his muscles using help from the new technology.

Scientists from the University of California devised a system that let Mark Pollock take thousands of steps in just two weeks, after having spent more than four years in a wheelchair.

Pollock is a former athlete who became the first blind athlete to race to the South Pole and won Commonwealth Rowing Championships medals before the 2010 debilitating accident. This marks the first time a person with chronic complete paralysis has been able to walk again while fully controlling his muscles, the researchers said.

As CNET reports, the system is made of two independent components meant to work together, including the battery-powered robotic exoskeleton and another piece that administers non-invasive spinal stimulation.

The exoskeleton is needed to provide support while spinal stimulation conveys information from the brain to the muscles to generate movement. The robotic module in the exo-suit can tell how much the patient is relying on the gear and how much he’s using own muscles.

The research proves that paralyzed patients can still regain voluntary control of their muscles, which could then help with regaining mobility even if they need to rely on a robotic skeleton to assist with equilibrium while walking.

“In the last few weeks of the trial, my heart rate hit 138 beats per minute,” Pollock said. “This is an aerobic training zone, a rate I haven’t even come close to since being paralysed while walking in the robot alone, without these interventions. That was a very exciting, emotional moment for me, having spent my whole adult life before breaking my back as an athlete.”

A video showing Pollock’s training with the new gear follows below.