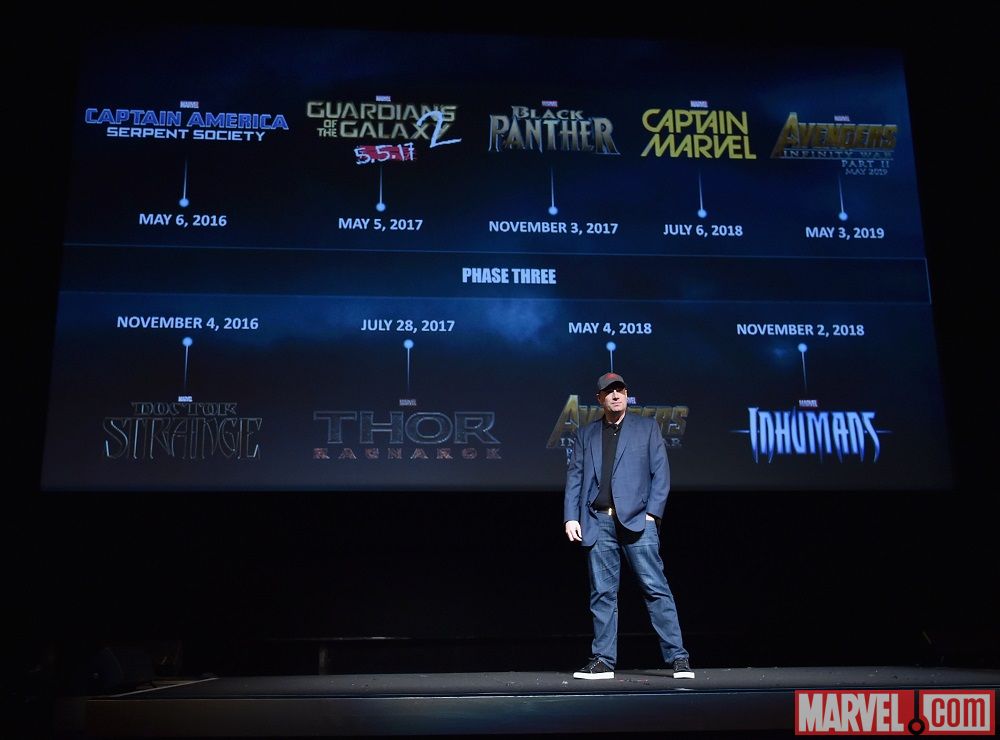 If you thought the influx of superhero movies over the past several years might have just been a temporary fad, I have some news for you: Marvel and DC are here to stay. Late last month, Marvel took the stage to reveal the release dates for each and every one of its Phase 3 features, including three Avengers films and the introduction of Doctor Strange, Captain Marvel and Black Panther.

All in all, Marvel has 11 movies scheduled to hit theaters before the end of 2019, but that’s just the beginning of the superhero movie deluge.

PREVIOUSLY: This is the incredible ‘Avengers: Age of Ultron’ trailer you’ve been waiting for

Comics Alliance has put together a brilliant (and slightly terrifying) infographic that showcases each and every comic book movie with a scheduled release date up through 2020. The list includes five different studios: Sony, Warner Bros., Fox, Marvel and even Disney, with the release of Big Hero 6 just two weeks ago.

There are also a few unscheduled films at the bottom of the graphic, highlighted by the untitled Superman and Batman movies which will follow 2016’s Batman v. Superman: Dawn of Justice.

As Marvel continues is seemingly unstoppable reign as king of the box office, DC is striking back with its own slate of heroes. With more than 30 movies on the horizon, it’s going to be fascinating to see who comes out on top.

Check out the full infographic below: