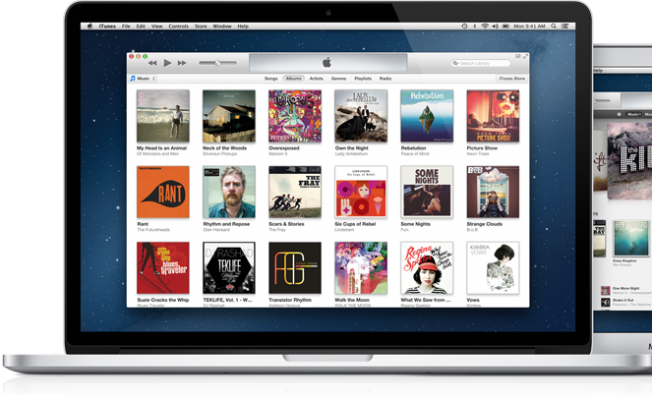 Although iTunes doesn’t let users stream video as Netflix and Hulu do, it’s still the favorite digital video platform in the United States. A new survey conducted by analytics firm ForeSee shows that Apple’s iTunes has the highest customer satisfaction out of any major video platform, followed very closely by HBO GO, Netflix and Amazon Instant Video. While this may seem counterintuitive since iTunes forces users to download the shows they watch onto their computers, ForeSee says that “users want fast page loads and are dissatisfied when error messages or playback issues occur,” which helps iTunes because it “bypasses… performance issues” normally associated with video streaming. ForeSee’s full press release follows below.

Consumers Prefer Mobile Devices Over PCs for Media and Entertainment, According to ForeSee

ForeSee produced the Mobile Satisfaction Index for retail (78), travel (77), and financial services (77), in addition to the media and entertainment edition. No industry has demonstrated exceptional customer experience in the mobile environment, though each industry has its stronger performers.

“With the fast pace of consumer adoption of smartphones and tablets, companies need to recognize the mobile platform is at least as important as the desktop web environment,” said Larry Freed, president and CEO of ForeSee. “These mobile benchmark scores suggest there is much work to be done. Companies see the opportunity and they are trying to move fast, but they must be sure to do things the right way to meet the expectations of customers or risk turning them away to competitors.”

Streaming media is growing, and the streaming TV and movies category is the best scoring category at 78. Apple’s iTunes scores the highest of any measured company in the study, using a slightly different model than its streaming counterparts to secure a score of 80. iTunes customers download content before viewing, setting the service apart from its true streaming competitors.

Netflix, which has been transforming itself from a DVD delivery company to a streaming media and content development powerhouse, ties HBO GO at 79 and has nearly as many subscribers as HBO.  Amazon’s streaming service isn’t as successful as its online retail operation. Amazon Instant Video registers 78, while Hulu Plus and Crackle lag further behind at 75.

“Netflix may be the most disruptive and innovative company in the space. It is making major infrastructure investments so it can deliver high quality video to any customer, anywhere, on any device. The company knows that it’s only as good as the content it can deliver, so Netflix goes a step further and into HBO’s turf to develop quality original content worthy of Emmy nominations,” said Eric Feinberg, Senior Director of Mobile, Media and Entertainment. “Amazon is dipping its toes into the water by offering Instant Video to its Prime members. Amazon is what Netflix used to be.”

Sports mobile sites and apps score 77 in aggregate, with scores as low as 74 and as high as 79. Though ESPN is often considered the leader in sports coverage, it is in a three-way tie for second with Sports Illustrated and Bleacher Report, scoring 77. Fox Sports leads the category at 79.

“ESPN is the 800-pound gorilla of sports coverage, but customers complain that there are too many mobile choices in where to connect, too many mobile sites and apps. Fox Sports, on the other hand, has plenty of marketing muscle especially with the impending launch of Fox Sports 1, and a more unified mobile strategy, offering a more focused app strategy,” said Feinberg.

The most satisfied group in the sports category is comprised of customers who reported to frequently view ads, registering 81 in satisfaction. Twenty-three percent of sports mobile sites and apps users surveyed fall into this group, the highest among the three media and entertainment categories.

Satisfaction with the mobile sites and apps for news organizations scores 77 to match the aggregate score for Media and Entertainment. Fox News and NBC News tie for first at 79, followed by four news entities at 78.  Satisfaction with mobile news sites represents the largest spread of scores of all three categories measured in the study, with CBS News scoring the lowest at 73.  Trust seems to be a factor when it comes to user satisfaction.  According to the study, only 20% of those surveyed strongly agree they could trust the content on the news mobile site or app they visited.

The index was conducted through a consumer panel of more than 5,500 surveys collected during the first half of June.  The full report includes more user behaviors, factors affecting customer satisfaction, and other data.  It can be downloaded for free at www.ForeSee.com.